Planning To Renovate Your Home? Here Are…

The Integral Rules of Good Lighting You…

What Are Kinematic Equations And How Can…

Top 4 Ways To Handle A Work-Related…

6 Popular Sneaker Brands That Are Worth…

Planning A Vacation? Here’s How To Make…

Turn Your Garage Into A Fascinating Space…

Home Improvements That Can Make Your Outdoor…

Reasons Why It Is Important To Have… 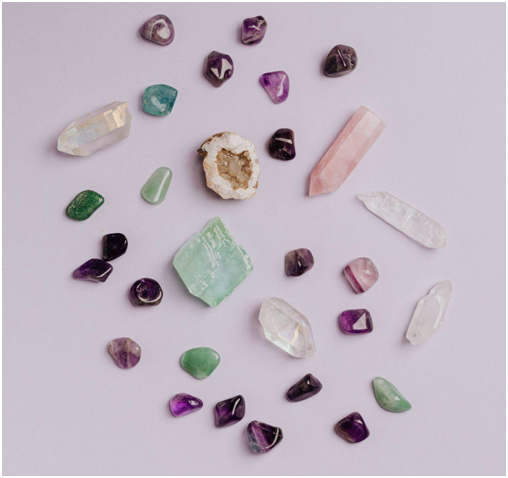 Home » EVERYTHING YOU NEED TO KNOW ABOUT HEALING GEMSTONES

It’s been ages that people have chosen gemstones as ‘medicine’ before any medicine for whatever diseases. These philosophies are mainly borrowed from buddhism and hinduism and there is no such scientific reason yet. Despites, people believe in the healing power of various gemstones. The practitioners of this system believe that gemstones can  wipe off negative energy or aura and bring in positive energy and prosperity. Many gemstones are also believed to heal physical pain or injuries like sore throats, lung diseases, kidney diseases etc. It’s fascinating how without any scientific proof, people tend to have faith in these stones. A vivid discussion of a few such stones with their popular form of jewelry is mentioned below.

Amber has been popularly known as a jewelry stone since prehistoric times. It is an organic gem which is formed when the resin of pine trees hardens and creates a beautiful yellow – orange stone. The word ‘amber’ is derived from the Arabic word anbar. Until the 20th century, amber was used from the time of Hippocrates to the medieval period for the varieties of treatment. Chinese also use it to “tranquilize the mind” and in ancient Europe it was also used to cure teeth pains. Amber can be worn by anyone and gives best results when worn regularly. It is also used as teethers for babies when they are teething. The gemstone can be worn in any kind of jewelry form but is best to wear in the form of a bracelet or a ring. Although there are other options as well.

The beautiful violet stone is a variety of quartz. The name is derived from the Koine Greek “amethystos”. The stone is mostly found in Siberia, Srilanka, Brazil and Uruguay.  This marvelous gemstone was used by ancient Greeks and they believed that it could prevent intoxication. The stone has a lot of healing properties,more than you can imagine. Beginning with physical properties, amethyst balances metabolism and has a good effect on the endocrine system. This is also helpful in treating migraines and boosts your cell regeneration. As the meaning of the word goes by ‘intoxicant’ , it also manages to cut down the drinking habits. As we speak of emotional healing, it brings calm and tranquility to you amidst this hectic world. Keeping the stone near you will give you the courage to overcome any overwhelming feeling like someone’s death. As that of metaphysical property, it blooms your sixth sense or your intuitions might be true sometimes. Apart from all of these, amethyst is also the February birthstone. A magnificent amethyst necklace will do the perfect job for you to keep the gemstone close to your body.

Although available in many colours, the most eye-catching has to be the red garnet. The word garnet has come from a Middle English word “gernet” which means “dark red”. The stone has been famous since the late Roman period for its metaphysical properties and as a gemstone. While we speak of its metaphysical qualities, a red garnet represents love or can also be termed as ‘stone of commitment’. Simultaneously it also represents blood and anger or inner fire.  It helps you balance your energy as well.Physical healing qualities include purifying the heart, lungs, spine and regenerating DNA. Garnet is also the January birthstone. Wearing garnet bracelets, rings and necklaces will benefit you the most.

Shungite is a marvelous black stone which has been found about 2 billion years ago and since then it has been used as a stone for jewelry as well as for healing purposes. The reason for its black colour is the high presence of carbon in it, which is also yet another reason for its use as a healing gemstone. The stone is highly popular for the destruction of deadly pathogens. Because of this quality it is also used for the purification of water. Shungite is also believed to reduce inflammation. As for physical healing, it is used to treat sore throat, allergies, asthma, chronic fatigue, gastric issues and so many other things. If you are stressed or feeling low, shungite helps you to flush away those low feelings and cheers you up. You can inherit these qualities by wearing  shungite earrings, rings or necklaces.

Blue zircon is mostly known for its metaphysical qualities. This beautiful blue gemstone is one of the rarest gemstones and is more sparkly than any other blue stone or even diamond. Blue zircon keeps negative energy or evil spirits away from you. This is believed because in ancient times, talismans while travelling used to keep this stone with them for their protection. It gives you wisdom and brings honor and prosperity to you. Some physical healing qualities would include its power in healing skin diseases and preventing migraines and muscle issues. The stone is also December stone and represents Venus and Saturn in zodiac signs. The most popular jewelry form is rings. A blue zircon ring will not only heal you with its super power but will also make you highly fashionable. Other than this bracelets, earrings and necklaces can also be worn to be benefitted with super energy.

Healing properties of various stones have been running down through ages and generations. Not only these gemstones, more or less every gemstone beholds a healing property with itself. Most of these are used to relieve stress and control their overwhelming feelings. Apart from wearing these stones for fashion, every individual from the small corner of their faith believes in their metaphysical properties and thus there is so much of demand in the market.

What Are the Different Types of Solar Panels That Exist Today?

Budget-Friendly Ways to Keep Your Family Safe at Home

7 Advantages of Having a Will Prepared for Your Family

How To Protect Your Legal Rights After Drunk Driving

Planning to Open a Yoga Studio? Here’s What You Need to Know

Planning To Renovate Your Home? Here Are Some Useful Tips

The Integral Rules of Good Lighting You Should Know About