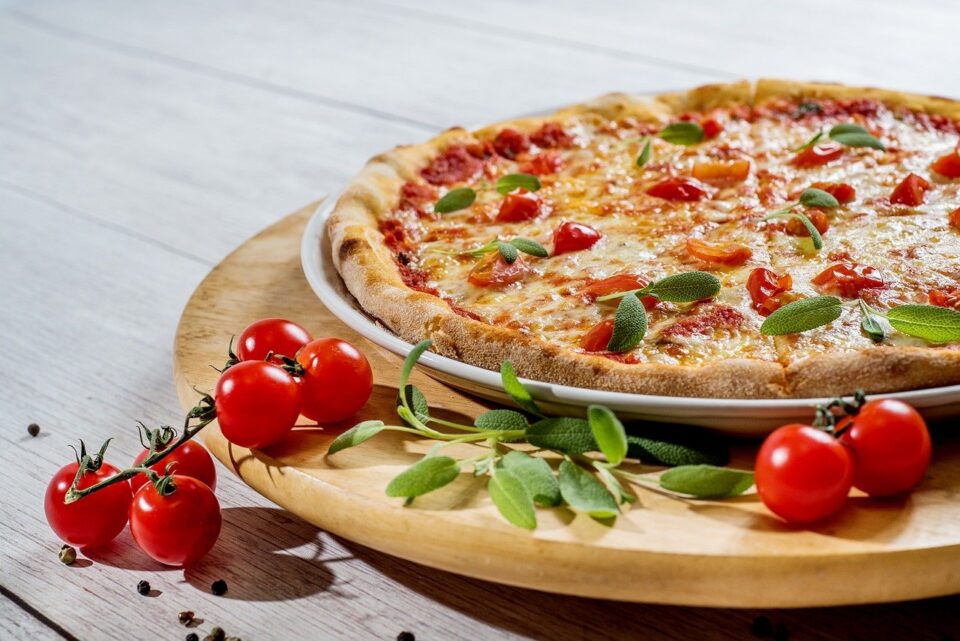 Vegan or not, vegan pizza is one of the healthiest types of pizza you can get. They are some of the delicious and nutritious meals around. They lack the greasy, processed, and saturated fat- and cholesterol-laden toppings around. They support fresh vegetables, herbs, creative sauce ideas, and tasty plant-based options.

For those who are dieting and have a hankering for a slice of ‘za, vegan pizza is the best way to satiate the craving while still staying on point for your diet.

Vegan pizzas do not suffer the processed meats, or the heavily fried foods that are otherwise put onto a pizza. Vegan pizzas also often have vegan cheese, which, although it does not act like the typical mozzarella cheese you might be used to, is a safe and healthy option for those who are dieting.

These days, some major pizza houses and restaurants are starting to add more vegan options to their menus, and with a growing popularity, people are wondering if these pizzas are all they are thought to be.

One of the biggest chain restaurants for pizza is Pizza Hut, of course, and if you are considering trying a healthier pizza, take a look here, https://newdayglutenfree.com/pizza-hut-gluten-free-reviews/ and find out if eating a gluten-free pizza is just what you need. Gluten-free is an important option, as although getting rid of gluten from the mix makes pizza healthier, there are many who cannot eat gluten, as well.

Why are vegan pizzas good for dieters, then? Well, it’s the lack of processed foods. Processed foods are laden with salt, sugar, and sometimes fat to make their flavor better and extend shelf life. In some cases, they may also contribute to the food’s structure, much like the salt in bread or the sugar in cakes. However, these ingredients are part of what makes processed food unhealthy. Not having them on a vegan pizza improves the healthiness of the food itself.

The healthy parts of a vegan pizza.

In a vegan pizza, there will still be unhealthy aspects, however, in comparison the entire composition of the pizza is healthier than the alternative. You lack the processed foods which are often used as a topper in meat based pizzas.

Vegan cheese is also much healthier than dairy cheeses. As it has no carcinogenic animal proteins, growth hormones or saturated animal fats.

Of course, you still get a carb heavy pizza base, however, with a decrease in the amount of salt used, a vegan pizza is healthier than having a normal pizza.

The unhealthy parts of a vegan pizza.

We cannot say that any pizza is a healthy option. Pizzas have a carb loaded base, unless you are going to surely burn off the energy from the carbs, it could still be unhealthy. It also depends on how much salt is in the sauce and in the dough as well. A little salt is good, but this small amount of salt is easily accessible in other foods, and the amount put in for flavoring is over the amount needed.

Keep a keen eye on the salt content, if you are looking for a super healthy pizza.

We can hardly make any food like pizza totally healthy, but vegan pizza is an option for a tasty snack. Let’s look at some tips to make a vegan pizza extra healthy for those of us who are dieting.

As we previously mentioned, salt content is one of the unhealthiest things about junk foods- such as pizza. However, if we were to make a vegan pizza ourselves, cutting out the salt content from the crust will help.

Similarly, it is worth noting that the carb content is high in pizza, to lower this, think about the type of base you have. A thick American crust will always be an unhealthier option, have a thin Italian crust instead. This is often a better option for vegan pizzas anyway, as it allows for more access to the flavor of the toppings.

Speaking of toppings, your choice of toppings will also contribute to the healthiness of the pizza. Avoid having toppings that are traditionally fried. Spinach is a great topping and is very healthy, mushrooms, peppers and onion are all healthy choices.

Finally, consider your portion sizes. No matter how healthy you eat, if you do not control your portion sizes, the whole idea of dieting is useless. You do not need a large pizza all to yourself, even if it is a healthy vegan pizza. Portion control is one of the biggest challenges of dieting, so try having a smaller pizza.

5 Reasons Why You Should Get A Bread Maker

Overeating Healthy Food Is As Bad As Eating Junk Food

Health being the biggest wealth