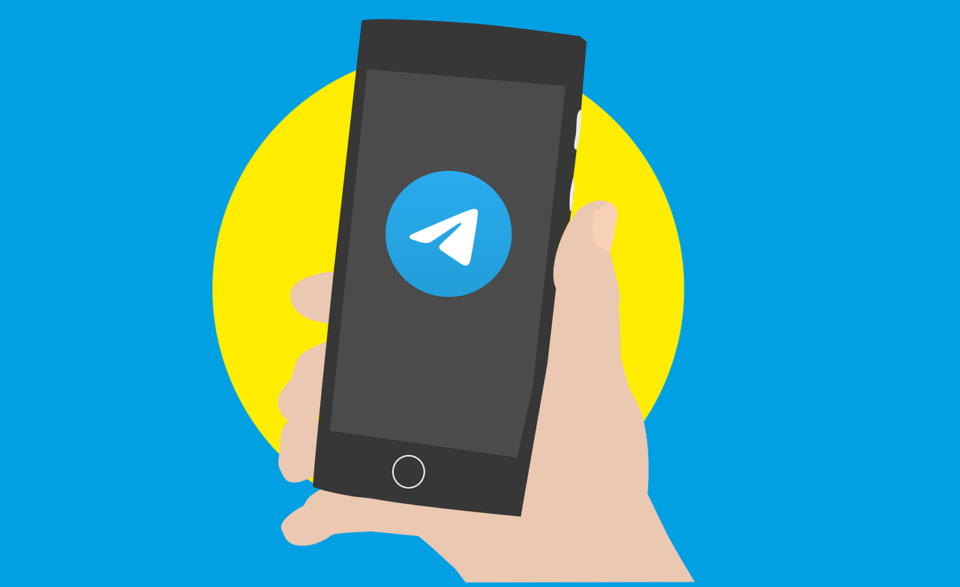 Telegram is a messaging service that became especially popular in 2021, right after WhatsApp announced changes to its privacy policy. WhatsApp said it would share information with Meta, its parent company. Telegram features end-to-end encryption, no limits on media sizes, and API capabilities so developers can create chatbots.

Some people are still reluctant to use Telegram, however, and with that in mind, the following are six things to know before you try it.

1. The Basics of Telegram

Telegram is a free cross-platform multimedia messaging app. You can use some of the features from other social networks that you enjoy but within a single interface.

Telegram has been in existence since 2013, but until recently, it wasn’t that widely used. The features of Telegram include one-on-one chatting tools, options for group messaging and social networking, and features for voice and video calls. There are also customization and privacy features and options.

The core function is the one-on-one chat feature, that’s like texting and DM’ing in other apps. In Telegram, though, there are features that only this platform currently offers.

For example, you can edit messages after you send them. There are only a few other messenger platforms with this feature, including Slack and Discord.

You can also delete messages after sending them, and you can remove messages you’ve received from other users on both ends.

Telegram lets users send one-minute video messages through the platform and also voice messages that are unlimited in length. You can work around the time limit on videos by recording a long video on your phone and then uploading it to the chat.

You can send files, documents, and videos that are up to 2GB, which is much bigger than most messengers. For example, Facebook Messenger’s limit is 25MB.

If you want to showcase your emotions, there are more than 20,000 animated stickers. There are also a host of other unique tools, including scheduling messages and silent messages. Silent messages won’t disturb someone if they’re asleep, for example, but they’ll see the message the next time they check their app.

Channels on Telegram are somewhat like a Twitter feed but with more versatility. When you’re on Twitter, you’re limited in the number of characters you can put in a post. You aren’t limited on Telegram. You can also add images, videos, and links to your channel posts.

Along with channels, there are chat groups. The Telegram chat groups have an upper limit of 200,000 members.

The groups and channels on Telegram can start voice chats for an unlimited audience, often compared to a radio station. You start the voice chat and begin speaking to your audience. Then, if someone else has something they’d like to say, they raise their hand.

If you truly want to take advantage of end-to-end encryption, you need to use the Secret Chat feature. This is the most secure option, but the downside is that they can only access this from the device where you originated the message.

Privacy and security are considered reliable because the API is open-source, and any developer can evaluate it.

While Telegram has a better reputation for safety and security than WhatsApp, since your messages aren’t automatically protected with end-to-end encryption, it’s not as secure as some other options. For example, Signal is a messaging platform that uses end-to-end encryption on all communications.

Telegram also has some level of popularity among criminals on the dark web because of what they perceive to be its security. Telegram has taken a very hands-off approach to moderation, so the users who flock to it may, in some cases, have been kicked off other platforms.

5. The Pros of Telegram

Telegram’s biggest pro is that sometimes end-to-end encryption is available. You need to know what communication is protected, though.

End-to-end encryption is a secure process for communication that prevents third parties from accessing data that’s transferred from one endpoint to another. Data encryption is a process that relies on an algorithm, transforming your standard text characters into a format that’s unreadable. The process uses encryption keys, scrambling the data and allowing only authorized users to read it. End-to-end encryption uses the same process but goes further by securing the communications from one endpoint to another.

In many messaging platforms, there are third parties that store data, which is encrypted in transit. The method secures data from viewers who aren’t authorized only, but the sender can view the information.

With end-to-end encryption, the data that’s encrypted can only be viewed by individuals with decryption keys, preventing unintended users from reading or changing data.

Another upside of Telegram is the self-destructing messages. You can configure your messages to destroy themselves in a certain period of time.

6. The Cons of Telegram

There are downsides to the platform.

There are also new user announcements that are sent out when you join, and that could affect your sense of privacy.

Finally, another downside that’s been brought to light is that some hate groups are using the messaging platform to talk to one another. That’s because of the security and the permissive policies about content moderation. Telegram has said recently that it’s working on disabling accounts when they’re operated by extremists and hate groups.

Top Advice on How to Ensure Financing of a Vehicle Purchase

The Best Ways to Speed Up Business Processes