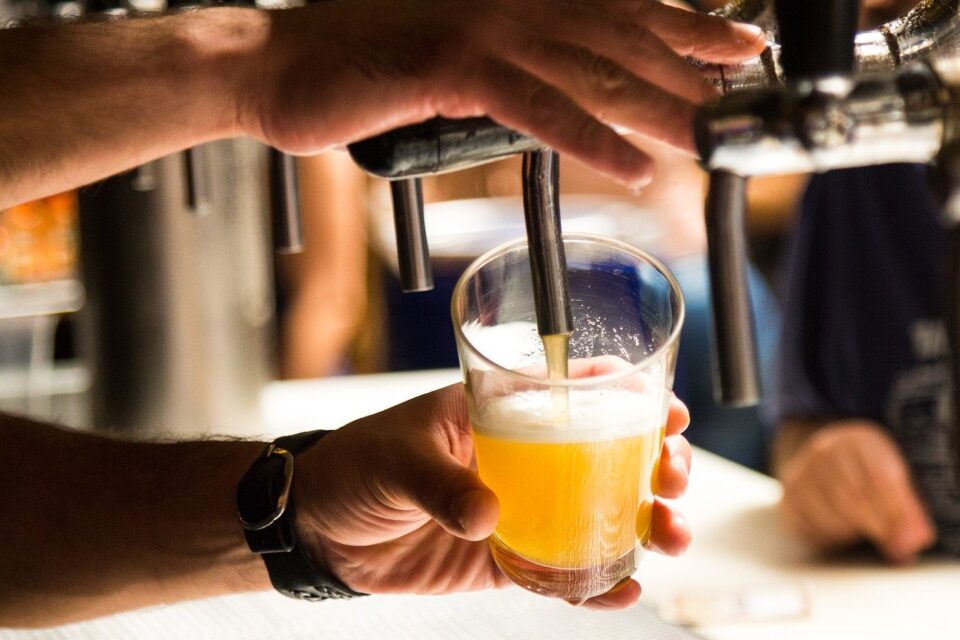 Home » [Sound Brewery] The 15 Strongest Beers In The World

Want to try the world’s strongest pints, then keep reading

Is there a situation that cannot be made better with beer? We have pondered this question for a long time and the answer is no.

Today, we’re going to talk about the 15 strongest beers the world has to offer.

You need to be careful when drinking the beers with the highest alcohol content, as they will get you intoxicated faster than you are used to. That being said, let’s dive into the list.

We are kicking things off with a German IPA that is a quadruple freeze concentrated black IPA.

This is a very thick beer, with notes of caramel and sweet hops.

This is not the only beer on this list from the Scottish company BrewDog. They claim to be brewing mavericks who are constantly pushing the boundaries of what beer is.

This beer they refer to as a false spirit thanks to its taste.

Have you ever had a beer made from ice-roasted barley wine? Yep, we didn’t even know that was possible either. But Revelation Cat has done it.

If you tasted this beer, you would struggle to believe it was one of the strongest in the world. It comes with a nice head and you can barely taste the alcohol.

This is another beer from De Struise. What makes this beer stronger? Well, the Black Albert is aged. A particularly strong Vintage was the 2012 barrel-aged batch.

Are you starting to notice a pattern yet? De Struise had the great idea to release a range called “On Steroids” where they took some of their best-selling beers and aged them -making them more alcoholic and taste even better.

This is the first Belgian beer on this list – it has wood base tones with hints of iron running through it. You can really taste the alcohol in this one.

This is a sweet beer with notes of molasses and dark dried fruits – but don’t let that flavor profile fool you, this bad boy seriously packs a punch.

The Cuvée Delphine On Steroids, also known as the Pablo Escobar is the strongest offering from the German company. It is wickedly spicy and will warm you right down to the core with its notes of whiskey.

Schorschbräu is famous for its strong beers and this is their first of three entries on this list.

If you picked this one up without knowing what it was, you would probably think it was whiskey – but don’t be fooled, this is definitely a beer.

This is the first and only Canadian beer on this list and most people are shocked to hear that Canada makes something like this.

46% ABV is nothing to shake your head at.

We are into the 50s, now we’re onto the real hard stuff.

This Israeli beer is an umami lover’s dream with notes of chocolate, soy sauce, and it tastes like it’s only 30% ABV.

This beer features Irsai grapes, and that is the overwhelming flavor here. Perhaps not surprising as New Zealand is famous for its wines.

This is a stronger take on their most famous beer. And up until recently, it held the top spot on this list.

Both companies have been battling for the top spot on this list for years, so they decided to bury the hatchet and hold the spot together.

The notes of this beer are caramel, dried fruits, and tobacco.

The strongest beer in the world right now is a collaboration between a Scottish and a German company. Together they have created a beer that is 57.8% ABV.

How To Read Sheet Music: Guitar Theory For Beginners

The Different Types Of Diets And Their Benefits

The Complete Guide to Selecting Healthy Drinks: Everything to Know