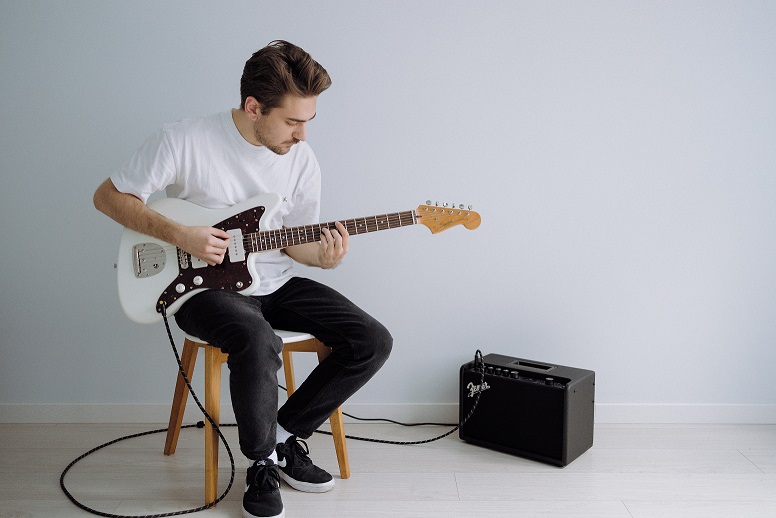 Home » Effects Pedals That Every Guitar Player Should Own

Effects pedals are used by all kinds of guitarists to alter the frequency of the notes they produce and create eclectic sounds. From adjusting the modeling time to set the right amount of amp effect, there’s an astounding versatility to the types of pedals a guitarist can acquire. Even if you are an experienced guitarist, you can take your compositions to the next level. Here are some effects pedals every guitarist should own to personalize their sounds.

This pedal type is typically used to develop and deliver a clean tone, which is done by changing a tube amp’s range. As the name suggests, an overdrive pedal allows you to play around with the produced sound and overdrive level. Beginners may get confused between fuzz, distortion, and overdrive effects pedals as all three share several commonalities. Several musicians prefer overdriving their sounds instead of distorting them as they sound more laidback and subtle. More importantly, if you are aiming to produce warm sounds based on your composition, overdrive pedals can help you achieve such desirable sound effects.

One of the simplest and most commonly used effects pedals is the boost pedal, which is mainly used to deliver a boosted signal in guitars. It is typically applied by musicians who want to raise the volume or boost their amplifiers to create a significant volume change. This effect enunciates or pronounces certain notes. Boost pedals are a great choice for beginners as they aren’t too complex to figure out. Musicians can create modular compositions and mix several sections of songs to produce beautiful sound effects with this pedal type. Since there are a lot of types of boost pedals available, choose the simplest one, to begin with. Building tube amplifier for your guitar can also give you amazing tones.

Essentially, looper pedals are used to create multiple layers of sound effects, creating a more powerful sound. Sounds are pre-recorded and played to produce a polyphonic soundscape in real-time. If you are planning on playing at a live concert, a guitar looper pedal should be the first thing on your list of preparations. You can find several brands and types of looper pedals to practice with. However, all share a common footswitch mechanism for you to control the features and aspects of playback, which makes it easy to learn. When narrowing down your options, look for specific features like the number of loop channels, recording time, input, and advanced loop functions.

This pedal type is quite traditional and was frequently used in the past. The springs receive guitar signals, which leads to reverberations and changes in the resultant sound. Today, reverb unit pedals have been reinvented with the infusion of digital technology and are sold as one unit. The most common reverb effects produced through the single unit include church, spring, plate, and hall. To create a better sound effect, some musicians combine a slight ambiance impression with reverb. Playing with reverb can be a bit challenging, especially in terms of the room’s size you are playing in. You need to consider the reverb effect produced by the room itself.

A volume pedal lets you control the rig’s volume with a single firm step. You are free to choose the placement of the volume pedal on the guitar chain to produce different sound effects. For example, if you place it first, you can substitute the pedal with the instrument’s volume knob to impact volume swells. On the other hand, if you want to manipulate the volume while retaining the gain or tone of the sound, you can place your volume pedal after the gain section. Keep experimenting with different variations and placements until you fine-tune the produced sounds.

When sound waves are clipped from the top or bottom, they produce a distorted effect. To further amplify that effect, clip the wave using a distortion pedal. A higher distortion can be achieved by using a fuzz pedal, which clips the waves from the top and bottom by a greater margin. As mentioned, distortion pedals and overdrive pedals are often confused with one another due to their clipping effects. Essentially, distortion pedals are used for hard clipping sounds as opposed to overdrive pedals. However, some pedal boxes are used to produce both overdriven and distorted sound effects due to their similar mechanisms.

Whether you are a beginner or an experienced guitarist, these effects pedals will let you add your own little twist to ultimately create your style of music. With practice and constant experimentation, you will also be able to polish your skills and improve as a performer. Everyone’s musical journey is different, so the only thing you need to factor into your choice is your own unique musical style.

An Easy Guide To Choosing The Right Furniture For Your Home

6 Essential Tips For Having A Great Time In The Outdoors

How Much Does Furnace Installation Usually Cost?