jeff tiedrich – heard this name somewhere frequently? Jeff is a quite active person in tweeter, Instagram, Facebook and other social media. He known for his comments, which may be regarding world happenings or tweeting against bigshots and political issues or something which he gets mad at. Jeff had his own creative side in his profession too

He has countable professions and talents which are tabled below,

Take a minute and read about jeff tiedrich craziest comments.

The personal history about jeff:

Jeff and his young sister had a good bond between them. They did their schooling in the same high school “Morris hills high school”.

A social life of jeff tiedrich:

Jeff is a quite active person in tweeter especially. He enrolled himself in tweeter in 2008 and later in 2018 he again created a official tweeter account. There is started to tweet about world happening and politics. He gained his fame by tweeting against Donald trump (ex-president of USA). By then, he got many followers and hater in tweeter.

Jeff is a musician where he started his own YouTube channel in 2011. He published his first video in 2013 with then it as 511 subscribers till now. jeff also started posting in social media like Instagram, Facebook, etc.

He started his musical career in the year 1973. And later, he joined in the Alligator band as “lead guitarist and vocalist” with six members.

Here is one of the videos from the alligator band.

He has two Instagram. One is for personal use and other one for political use. The one on the left is his personal Instagram account and right side of the account is for his tweets in tweeter. 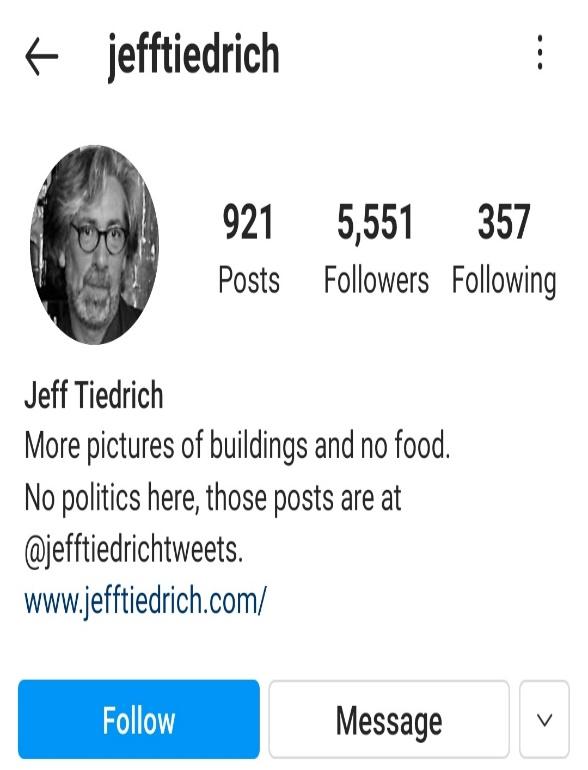 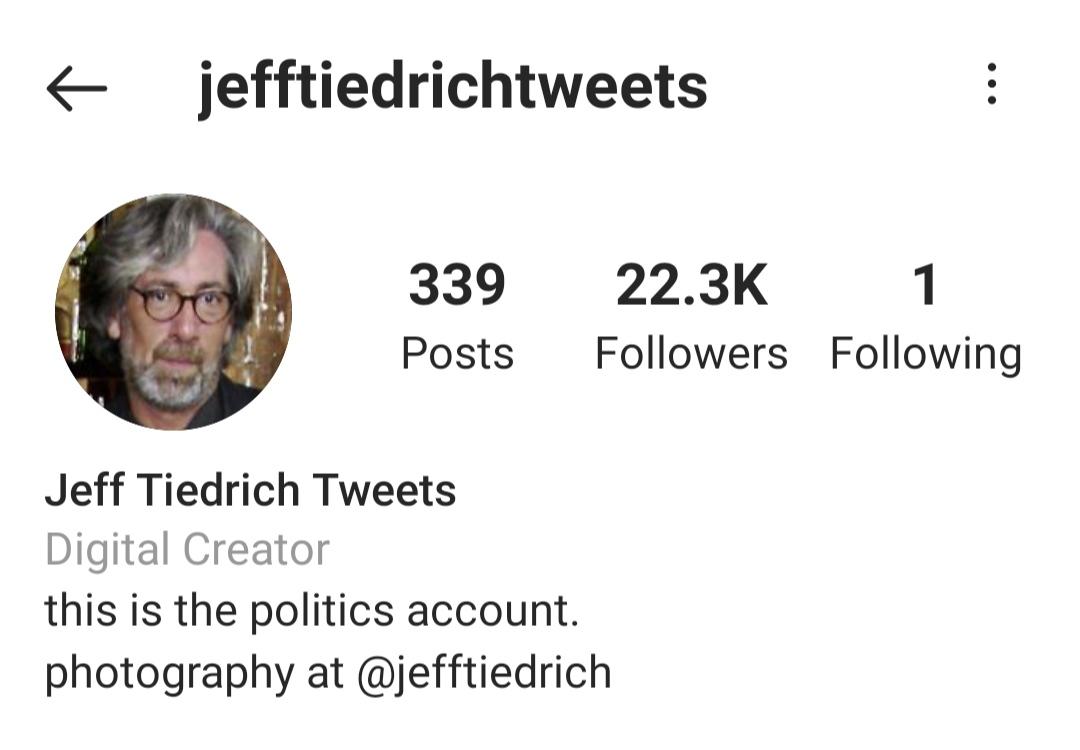 To see more pictures related to him and his tweets, checkout those above shown Instagram accounts (NOTE: Both are official accounts of jeff tiedrich)

These are the Instagram posts of jeff, which actually looking so different in black and white buildings in every of his posts. As he is socially very active. He’s tweets and his pictures became very famous.

On the other side jeff, he was also a graphic designer where he’s so very ardent in personalized unique designs for his clients. He makes designs and videos for his clients. There the clients usually go with him for designs without a doubt on him.

He also has his own website. He was a blogger and worked with a website smirkingchimp.com. This website’s is for trump where they write negative face of trump.

jeff exchanged his wedding rings with Claudia who is strategist, creative director and a copywriter. 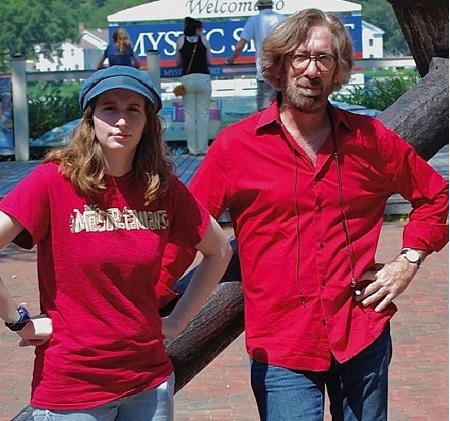 They blessed with a baby girl (Katherine chandler) in the year 1991, November. She got graduated in aerospace engineering. He worked as the founder of “Awkward zombie” which is a webcomics on video games. Years passed she is also married to norrin Hester in 2016

Jeff tiedrich net worth is calculated approx. between 350 USD – 400 USD.

How Can I Increase My Home Appraisal Value While on a Budget?

The Best Types of Solar Panels for Your Home: A Basic Guide

Planning to File a Personal Injury Lawsuit? Here’s How

What Will Happen With Mutual Property And Assets After Divorce? Here’s What To Know

4 Reasons To Start A Career In Abu Dhabi