How Do I Choose the Best Solar…

Your Financial Guide to the Solar Panel…

What Is A Passive Solar Home, and…

5 Powerful Benefits of Choosing a Local…

5 Factors to Remember Switching to a…

Do Solar Panels Work in the Winter?

Why Have a Renewable Energy Home?

How to Lower My Electric Bill in… 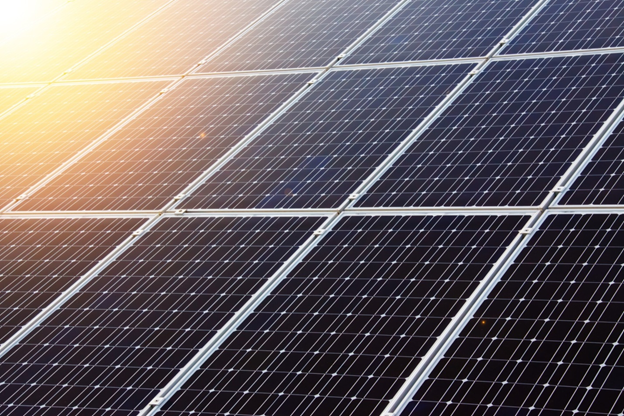 Solar panels are appearing everywhere. They’re on homes, businesses, and even at airports. You’ve even thought about putting them on your roof.

You know that solar energy comes from the sun and that those black panels convert the sun’s rays to power. But did you know there are more things to know about solar energy? Read on to learn more about interesting solar facts.

You know that it’s a great source of clean energy, but did you know solar panels can reduce a home’s carbon footprint by 100 tons? Once they are installed, they produce no water waste and no pollution.

Direct sunlight is not required to produce energy either. A solar panel will generate energy even on a cloudy day.

Panels don’t make any noise when they operate, unlike other electricity generators. In areas where noise pollution is a problem, solar panels are an excellent solution.

The cost of solar panels has decreased 80% in the last decade. Meanwhile, electricity costs continue to increase. The price of electricity is predicted to increase 1.3% in the next year alone.

Solar panel installation leads to savings in energy costs in the home. As of 2017, solar energy was the cheapest energy source in the world.

Though the upfront costs of panels might seem high, the rising energy costs mean that you will eventually hit a point where it costs less to use solar energy than the local electric company.

Many residents are wondering, “how much do you save with solar panels?” Most households see the break-even point within a decade of installation.

Solar electricity technology has existed since the early 19th century. The ability to create energy from sunlight was discovered by Alexandre Edmond Becquerel in 1839. The first solar panel was designed in the 1940s, and Bell Laboratories released the first commercial panels in 1954.

It’s not just homes that use solar power. The International Space Station operates exclusively on solar energy. Airlines are working on developing technology that will allow planes to operate on solar energy.

Paint manufacturers have applied solar technology to their products. This means that you can use paint to create green roofing systems.

Now that there is less need for coal, companies are repurposing old mines into solar power plants. That’s a great way to reuse and recycle an old facility to create replacement energy sources.

The rapidly growing solar industry has more job opportunities than the fossil fuel industry. The rate of job growth is five times that of the job market average.

There are many fun facts about solar power. If these solar facts have convinced you that it’s time to invest in solar energy, contact an installation company today.

For more tips on using renewable energy, check out our Home Improvement section.

5 Home Improvement Tips for This Year and Beyond

4 Innovations That Bring Pristine Air To Your Home

What Are the Disadvantages of Solar Power?

Solar Panel Installation: How Many Solar Panels Do I Need?

How Do I Choose the Best Solar Company in My Local Area?

Your Financial Guide to the Solar Panel Tax Credit

What Is A Passive Solar Home, and How Does It Differ From Regular Solar?