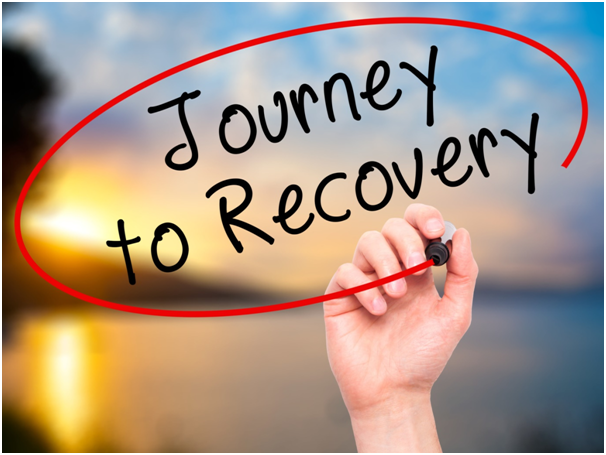 Home » Why Sobriety is Important to Those That Seek It

The journey towards sobriety is anything but easy. In fact, 40-60% of recovering alcoholics and substance abusers will relapse within the first year of sober living.

In order to achieve recovery, the individual struggling with addiction has to really desire that change. Sobriety has to be a major priority, if not a complete driving force in that individual’s life.

So why is sobriety so important? Keep reading for a complete analysis of what sobriety means for those who seek it.

The Meaning of Sobriety

At surface level, sobriety means living without using drugs, alcohol, and other mind-altering substances. For those struggling with addiction, though, sober living carries a much deeper meaning.

Choosing sobriety means leaving behind the lifestyle of drugs and alcohol. The individual must come to terms with their drug dependency issues and actively choose an alternative way of living. There is no going back and no weekend benders: it has to be a complete and permanent change.

The Driving Forces of Sober Living

Recovering from addiction and staying sober long-term is one of the most difficult things a person can do. After all, the very nature of addiction rests within its uncanny ability to hold an individual hostage from their life.

So, how can you stay sober with so much working against you? To do so, you must first find why sobriety is important for you. Many people find meaning and motivation within the following areas of their lives.

It’s no secret that the pathway of drugs and alcohol is often a deadly one. Those who end up there might not have initially considered the negative impact on their health, but as they venture further, that issue becomes harder and harder to ignore.

Aside from the very real dangers of a fatal overdose, long-term substance abuse chips away at the body’s health in general. An individual might experience troubling symptoms such as hair loss, extreme weight fluctuation, headaches, fatigue, sallow complexion, rotting teeth, and much more.

For some, a good look in the mirror might show why sobriety is an important step to take. They might also consider the possibility that they can (and will) die if they continue down this path. By reprioritizing their health, they might find their way to a successful recovery.

Because alcoholism and drug addiction is such a dangerous lifestyle, it often puts a rift between the relationship of the addict and their family. If the addiction becomes especially serious, the person struggling might have to choose between having the drug and having a relationship with their family. Knowing they could lose their loved ones could be enough to bring on a change.

Family is an especially strong driving force for those with children and other dependents in their lives. The person fighting their addiction might find strength in the desire to see their children grow up, or just to be there for them in general. At the very least, they don’t want to imagine their loved ones being in pain due to that addiction.

Addiction has a tendency to take over a person’s life, causing them to lose what they once worked for. More often than not, it takes a serious toll on a person’s career, breaking down progress that might have taken years to accomplish.

For many, regaining that career momentum might be a major reason why sobriety is so important. Finding that renewed motivation for a successful career can offer something new to live for. At the very least, it can be something new to shift focus towards.

This is the broadest of all the reasons why sobriety is important, but it’s the most powerful: the person finds a renewed purpose in life. It might be family, career, a completely new endeavor, or any combination of these things. By keeping this new purpose in the foreground, a person can find the motivation to maintain sobriety.

The Dangers of Relapse

It’s been said that the first year of sober living is the most difficult for those recovering from addiction. Not only does it require a complete lifestyle adjustment, but it also carries the freshest memories of why the individual chose drugs or alcohol in the first place. As a result, the individual is left to face their demons, both old and new, with a completely sober mind.

This shock, along with the ever-present nagging to return to that “comfort zone” of drugs and alcohol, leads many to relapse. However, by doing so, they often put themselves in greater danger than ever before.

The reason for this lies within the body’s changing tolerance levels. Continued use of a certain drug builds a tolerance for that drug, meaning larger amounts will be needed to achieve the same high.

By the time most people attempt sober living, they’ve already built up a significant tolerance to their drug of choice. Once that steady drug use stops, though, tolerance levels start to dip once more. Depending on how long an individual has been sober, their tolerance drops even lower, often much lower than they might think.

A relapse under these circumstances is especially dangerous because the person will typically take the same amount of the drug that they did just before becoming sober. Because of their decreased tolerance, this can easily cause an accidental overdose. More often than not, it winds up costing that person their life.

Why Sobriety is Important

Finding sober living for women, men, and other individuals is all about perspective.

There is no one reason why sobriety is important. Rather, it’s up to the individual to discover that answer for themselves. By rediscovering the most important things in life, sobriety can become a permanent lifestyle change.

We’ve seen what can happen when addiction takes over a life, yet this often isn’t enough to choose sobriety. In order to stay sober in their own lives, an individual has to find out why sobriety is important to them. Then, and only then, will they be able to make that permanent change.

For more topics, check out our other articles.

The Importance of Technology in Education

7 Best Things to Do Near San Francisco Airport

How to Travel With Diabetes

Fun Things to do with the Kids in the Holidays