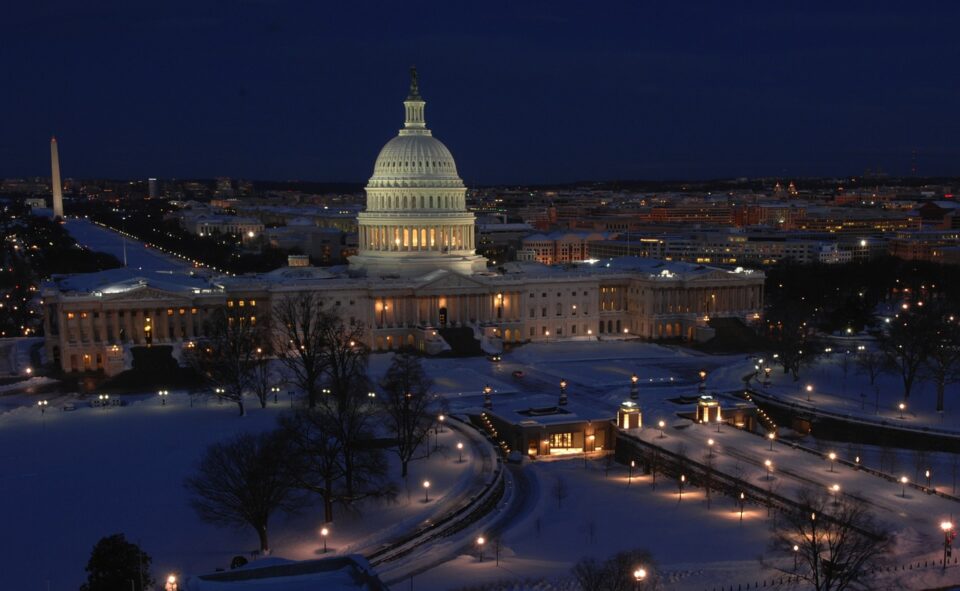 Home » Top Places To Visit When Planning A Trip To Washington

Washington boasts countless sites that serve as the top attractions for locals and tourists alike. Touring the nation’s capital offers a variety of unique experiences like nowhere else in the US, from learning about American history and government to seeing several of the most celebrated monuments in the country.

To help you get the most out of visiting this vibrant city, we have combined a list of some must-see places to explore on your trip.

Capitol Hill is the most historic of all Washington neighborhoods as it is the heart of American democracy. Recognized worldwide with its distinctive dome, it is the meeting place of the nation’s legislature and home to several important pieces of American artwork.

The underground passage leads you to one of Washington’s hidden gems, the Library of Congress. With a vast collection of more than 170 million items on display, it is the world’s largest library and serves as the primary research arm of Congress.

The iconic Lincoln memorial honors the 16th U.S. president Abraham Lincoln and is a must-visit for anyone touring the nation’s capital. Open 24 hours a day, many people believe that the most captivating time to go here is after sunset when the memorial is lit and less crowded. With a structure similar to the Parthenon in Athens, it is surrounded by 36 columns, each representing a state in the Union when Lincoln was assassinated. The interior features a 19-foot long seated marble statue of Abraham Lincoln.

The best option when planning a trip to Washington is to register for an organized tour. You will learn about the history and significance of each monument from an expert guide who will ensure you do not miss out on the most iconic attractions of the city. A trip from NYC to Washington is amongst the best experiences you can have by exploring two main cities of the East Coast, Washington, and Philadelphia, and visiting their main points of interest in a single trip.

By combining two trips into one, you gain a perspective of how diverse the USA is, all while getting the best bang for your buck.

The World War II Memorial represents the sacrifice of the 400,000-plus members of the American armed forces who died during the war. Likewise, The Vietnam Veterans Memorial is also amongst Washington’s most visited memorials. It is a long granite wall inscribed with the names of all military members who lost their lives in the long, divisive conflict. It is hard not to become a tad bit emotional when reading all the names at this moving war memorial.

The trip is not complete without venturing into the Korean War memorial that commemorates the sacrifices of the 1.8 million veterans who served in the war, which lasted three years. It consists of 19 stainless steel statues of soldiers representing all branches of the US military.

The National Air and Space Museum, part of the Smithsonian Institution, is one of the most popular museums in the world. It offers a fascinating experience by illustrating the history of aviation and spaceflight and showcasing how aviation and space exploration has evolved through technological advancements throughout the last century.

The museum, housed in two facilities in Washington DC, with one in the National Mall, features the largest and most significant collection of air and space crafts in the world that are sure to leave you astonished. These include the 1903 Wright Brothers Flyer, which was the first airplane in the world. It also houses the Apollo 11 Command Module Columbia, Friendship 7 capsule, Amelia Earhart’s Lockheed Vega 5B, and Charles Lindbergh’s Spirit of St. Louis- the first place that flew solo across the Atlantic Ocean.

With fun, interactive exhibits demonstrating the history and science of flight, the Albert Einstein Planetarium, and an IMAX theater, you can rest assured of a fascinating educational experience like nowhere else in the world.

Overlooking the city sitting across the Potomac River, the historic Arlington National Cemetery is the nation’s largest military cemetery, with 400,000 service members, veterans, and their immediate families buried there. It is home to numerous well-known historic sites, including the Tomb of the Unknown Soldier, which pays tribute to unidentified fallen soldiers who served in World Wars I and II, and the Korean and Vietnam Wars. While you are there, be sure to spend some time at President John F. Kennedy’s gravesite as well.

Built and named in honor of one of America’s greatest Presidents John F. Kennedy in 1971, the Kennedy Center is a state-of-the-art building overlooking the majestic Potomac River. It features the National Symphony Orchestra, hosting some of the best guest artists in the world each year.

The Kennedy Center is also home to the Washington National Opera, which is one of the country’s leading opera companies. The memorial hosts several performing arts shows and events each year representing classical and contemporary music and theater.

From world-class museums to the most iconic monuments in the country, Washington is a travel destination teeming with history and culture with a lot more on offer than just powerhouse politics.

How to Make Sure That Your Appliances are Working Properly

5 Ways To Travel Smarter In Vietnam, And Have Stories To Tell

Now, More Than Ever, You Need To Find A Good Travel Agent