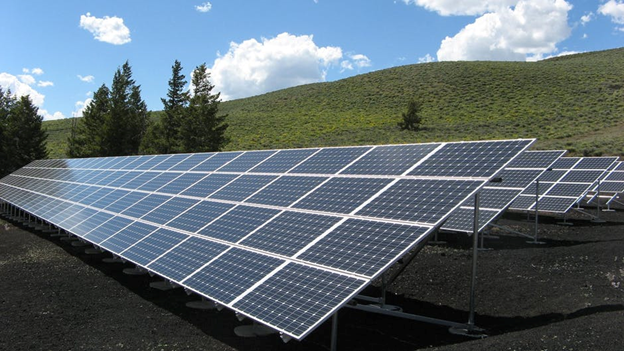 The world’s energy demands continue to increase with each passing year. This raises the question:

Is there enough energy to go around?

To answer this, we must understand the differences between renewable vs. nonrenewable energy. How are they created? Which one is better?

Most of all, which one will continue to serve us in the future? Read on to find out.

What Is Nonrenewable Energy?

Many people know nonrenewable energy as fossil fuels. A combination of hundreds of thousands of years and intense pressure is required to create these fuels. Due to such unique circumstances, nonrenewable energy is present on earth in limited amounts.

But that in and of itself does not make fossil fuels nonrenewable. What makes them nonrenewable is we can only use them once. This is because we must burn or combust these resources to obtain the energy locked inside.

Examples of nonrenewable energy sources include:

Although nonrenewable resources have been the world’s primary source of energy since the Industrial Revolution, it is impossible to depend upon them indefinitely.

What Is Renewable Energy?

The solution to this energy shortage is renewable energy. These come from natural sources and are easy to access. In addition, renewable energy can be used indefinitely, rather than a limited number of times.

There are several different types of renewable energy, but these are the most common.

This involves harnessing the sun’s energy with solar panels and using it to power the planet. You can even add solar power to your home, simply by searching for solar providers near me.

The power of the wind is collected using large air turbines. When wind pushes the turbine blades it activates a drive shaft. This, in turn, generates electricity.

Humans have been utilizing hydropower as a form of energy for centuries. The earliest models powered flour mills and later textile factories. Modern instances of hydropower are far more impressive and include massive dams and generators.

Geothermal energy utilizes steam that comes from hot water sources beneath the surface of the earth. When the steam is released, it turns a turbine, much in the same way as the wind. This then activates a generator to produce electricity.

One of the greatest benefits of using renewable energy vs nonrenewable energy is its overall impact on the environment. Burning fossil fuels pumps carbon dioxide and other greenhouse gasses into the atmosphere. This reduces air quality and contributes to the acceleration of climate change.

Refining nonrenewable resources also poses a threat to the planet and its ecosystems. Oil spills flood the oceans and beaches with pollution, killing wildlife and damaging habitats. Nuclear power plant accidents leach harmful radiation into the environment which contributes to radiation sickness, cancer, and even death.

In the debate of renewable vs. nonrenewable energy, the winner is clear. Renewable energy is a sustainable and clean alternative to traditional energy sources. To learn more about the environmental impacts of our choices, check out our other great lifestyle posts.

How to Choose the Best Solar Power Companies: Your Step-By-Step Guide

Reasons You Need a Food Processor in Your Kitchen

Saving the Planet: The Benefits of Solar Energy

Important Things You Need To Know About Home Renovation