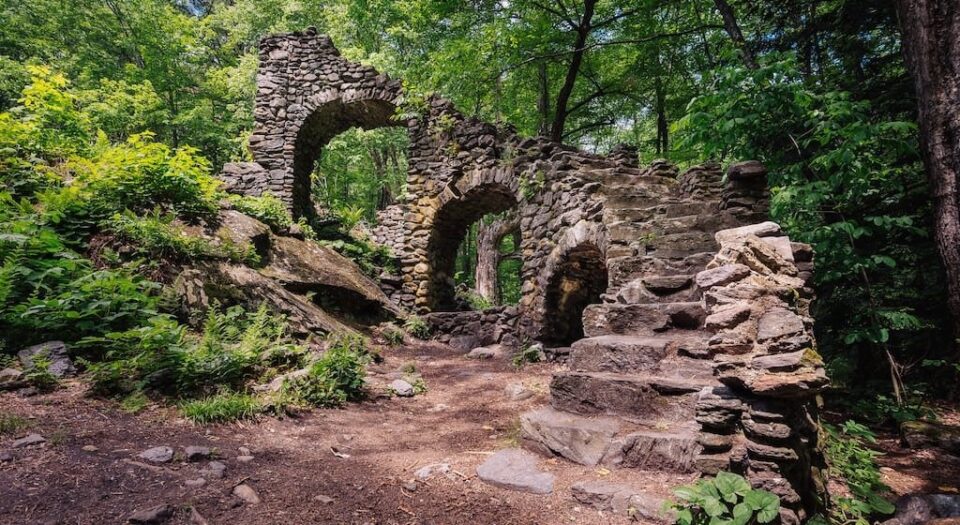 Home » Stairs In The Woods – The Unsolved Mystery

The staircase is mostly built by bricks, woods or stones. Some goes straight, some goes spiral in shape. It is designed in a way where it leads to nowhere. In other words, it doesn’t leading to anything.There’s no indications that the staircase are remains from a house

SOME OF THE SUPER- MYSTERIOUS STAIRS IN THE WOODS:

Whatever country maybe, it can be located anywhere, whatever the design may be, they all lead to nowhere.

Many questions raised based on the stairs in the woods, even the experts could not find proper answers for this mysterious thing and it started to freak the internet out.

Some expert says, the staircase in the woods may be from an old house or mansion collapsed over years and the only thing left is the staircase. But weirdly after circling the bizarre structure, no trace of ruins or even foundations are founded

The majority of the staircase in the woods from the united states national parks, people from all over the world begun telling their own tales of mysterious staircases found in the dense of the jungle. There doesn’t seem to be any particular pattern to where the staircases are spotted. Some who discovered them have reported that they have also found evidence of graves nearby.

The only common factor in the disparate stories is that they most likely founded between 20- 40 kilometers or around 6-25 miles into the deep jungle, far away from any other evidence of civilization.

This mystery is still unsolved.

A CRISP STORY ABOUT CORONA

7 Reasons to Add a Pool to Your Outdoor Space

How To Design Your Garden Like A Professional Landscaper