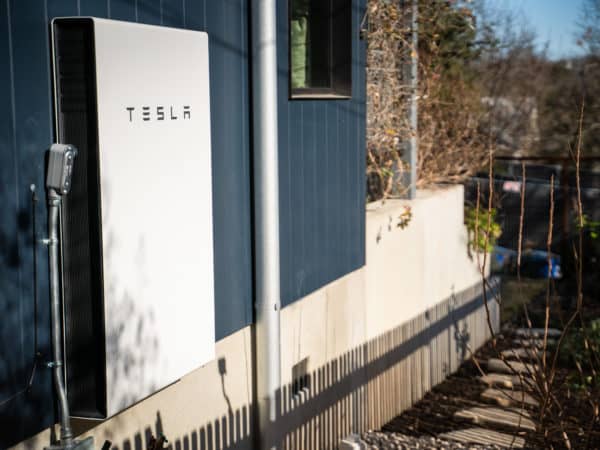 Home » Things You Should Know About the Tesla Powerwall Battery

When people think of Tesla, the finest thing that usually comes to mind is the car. It is the thing that has been in the news and many herald it as the logical evolution in driving. But there is another product that the company makes: the Powerwall. It’s for people’s homes, not their cars.

It stores energy through solar panels and can keep a home running when there is a blackout. But people are still curious about it and ask questions like “How long does a Tesla Powerwall battery last?”

The Powerwall Can Charge Itself In Cold Weather

The later iterations – PowerWall 2 and beyond – can do this thanks to it using power from the grid to heat up the necessary parts if the temperature falls below a certain threshold. That will allow you to have peace of mind during the colder days of the fall, winter, and even parts of the spring.

The Battery Has a Ten-Year Warranty

Tesla believes in the Powerwall so much that it has a 10-year warranty. By the time that decade elapses, the battery should still be able to hold an 80% charge. If it can’t, or stops holding that charge earlier due to normal use, you can get a new one free of charge.

Its AC Battery Lets It Act As A Standalone, Too

When the Powerwall came out in its first edition, it had a DC battery. The newer ones have AC batteries, which allow it to be a source without having to worry about solar energy. That is excellent news for people who have it in routinely cloudy areas.

You Cannot Use Just One To Live Off-Grid

Yes, it’s a tempting option to consider – just charge up your Powerwall and no longer have to rely on the electric company. You could do that … with two of them. Then you could manage not to rely on the grid. That would depend on what kind of budget you have.

You Need A Back-up Gateway

While it would be great if the Powerwall could just function by itself, you need to have something that would be able to spot a problem and cut off the power and allow the Powerwall to work by itself.

It’s up to you to decide if the Powerwall will work for you in whatever configuration you want it to. You need to look at several things, including the type of place that you have, what your budget is and whether you want to try to live off the grid with two of them. You could always do more research or talk to people who are knowledgeable about it.

There could be a time when things like Powerwall batteries are more commonplace. Then that could make your decision much easier and more affordable. You could always be one of the people who is ahead of the curve, though. If that is the case, then you could set an example for others.

Best Exercises for A Sculpted Body

4 Types of Purses That Are Essential Must-Haves

Accessories That We Need Every Day

What items are essential for playing basketball?