How to Dress Well While on a… 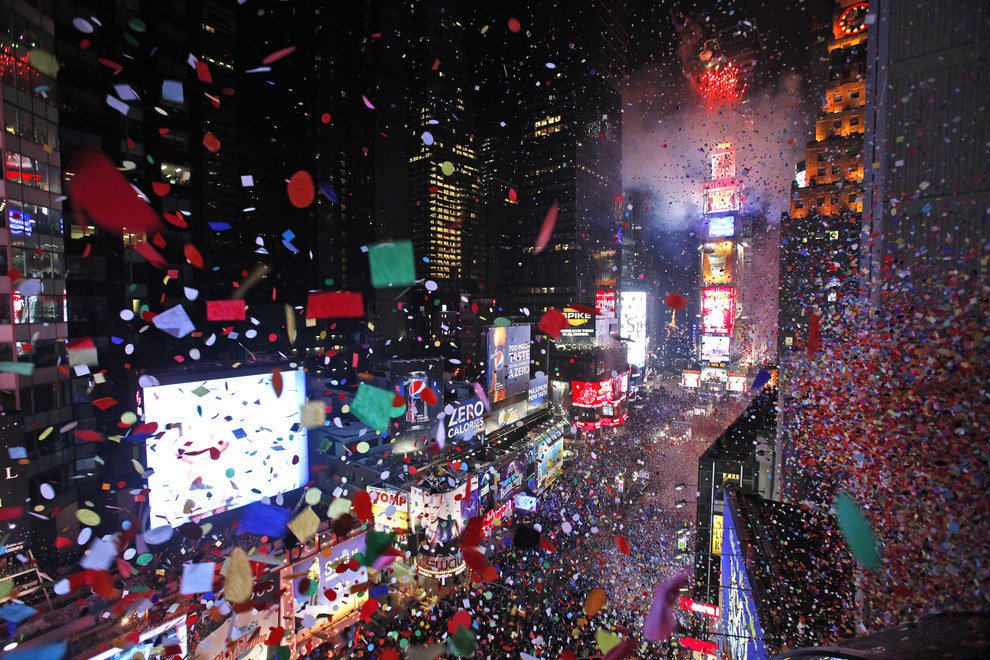 Home » 15 places in world to celebrate the new year

New Year is not just a changing another date in the calendar it means more than it. Every New Year start with lots of celebration and new hopes.  Mostly the celebrating way is almost the same as lightening, display of fireworks, street parties, music and dancing lots of tempting food and drinks. However, this celebration and styles get little changes according to place to place yet it all very charming and attractive from Singapore to Sydney, from London to Dubai.

Valparaiso is a coastal city in Chile and also a must consider city for the New Year celebration.

In Latin America, the biggest New Year ‘s Eve party is arranged in Valparaiso city.  On New Year evening there is 20 minutes firework which is really a worth to see.

Amazing display of firework is arranged in Hong Kong. The events kick off in Hong Kong’s time square shopping mall. While all the evening programs are arranged at Victoria harbor. Here you can see the local party on various boats and on the rooftop terrace.

Las Vegas the city known for gambling, shopping, fine dining, entertainment, and nightlife. It’s also a leading hub for financial commercial and cultural center for Nevada. On New Year evening you can see more than 200000 people on street celebrating their own party. It makes it impossible to drive a car on that day coz of heavy rush of people. Many events, concerts, shows, and parties are arranged in various club and hotels. At last, never miss the firework.

New Orleans which has a special place in the world for its cuisine and music. The city is a birthplace of jazz (a form of music). It’s also very famous for its celebrations and festivals. The main event is firework show along with the river bank of famous Mississippi river. New Year is celebrated for the whole night. You can hear the voice of loud music from bars and night clubs.

When it’s about celebration how can we forget the most glamorous town of the world, yes it is about the city is known as a global fashion hub. Paris is also called as city of lights. And a city is also famous for many tourist attractions like Eiffel tower, Norte dame and the louver. So it’s very charming and charismatic feeling to watch the amazing light show and fireworks displayed at the iconic Eiffel tower in Paris. You can also choose to go on a cruise if you want a little privacy.

The main celebration took place on near the clock tower of London which is known as big Ben and the banks of the river Thames. Here you can see a heavy crowd on streets. There are almost 10000 or more performers who enhance your New Year celebrations.

Sydney is one of the first capital cities in the world to celebrate and greet new year so it’s not surprising you can see a lot of parties and celebrations in it. If you wish you can go for boats for watching the amazing firework at Sydney harbor.

Maui offers you lots of options of celebrate. About new year celebration, you can go to parties, romantic dinners, and beach parties. You can also join the show that happens in midnight throughout the city.

Cape Town is known for its natural setting in the cape floristic region. It offers you to celebrate the new year at the top of its natural wonder, the table mountain. Table Mountain is must visit not only for the festival but on other days too.

Rio is best famous for its carnival festivals yet its New Year celebration is never the less than carnival celebration. More than 2 million people come here to join New Year party. It has everything great food, music, parties and firework.

Bangkok is an international city that throws a great party in New Year evening. it’s one of the best destination in Asia for celebrating the new year. On new year evening, rooftop dinners are organized in the city. And people enjoy their dinner with champagne and firework.

Berlin is known as party city so it’s definitely needed to be on the list when anyone is talking about celebrations. Her some craziest new year parties are arranged.

Niagara falls is really a wonder of nature in Canada and it is very popular. Not because e of being a wander but for because popular for its New Year celebration. It offers the biggest New Year party in Canada.

Another beautiful destination and also famous for its culture and tradition. New Year celebration is different and it’s celebrated like none other. However, it also offer parties and disco night but according to their culture they prefer to spend time with friends and family.

Harbin is the capital city of china and offers a great celebration at new year along with firework and traditional Chinese cuisine.

So just check the above all and make your trip planned.

Best Shopping Countries to travel across all over the world

13 Perfect Babymoon Destinations in the World

5 Reasons Why Perth Is an Attractive Travel Destination

How to Dress Well While on a Budget!