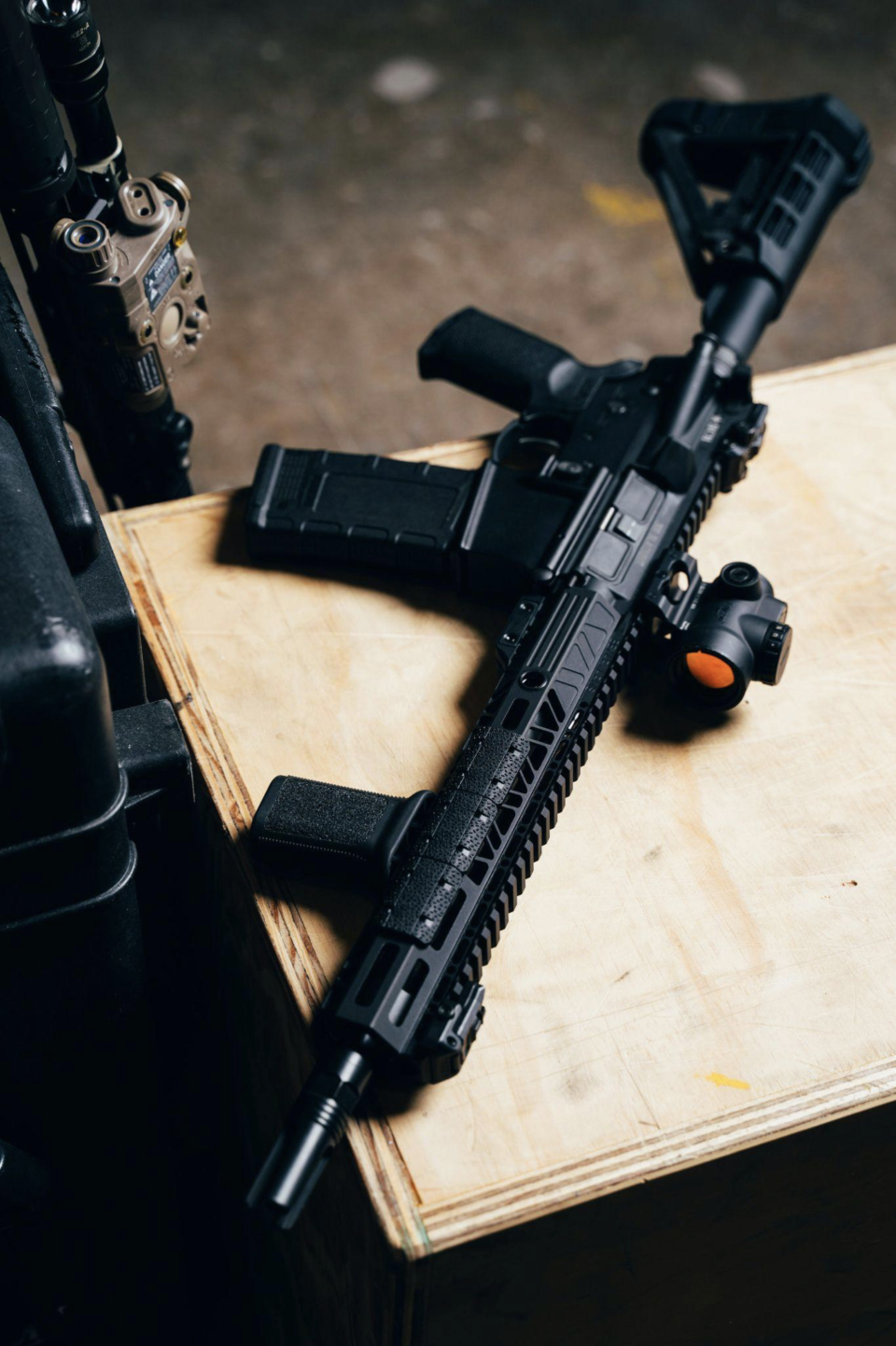 Home » Are Red Dots Worth It? Why You Should Mount a Red Dot Sight on Your Pistol

Red dot sights have grown in popularity, becoming trusted companions for competition shooters and law enforcement alike. The question is, are they worth the hype?

Let’s go through the benefits of using red dot sights. We’ll look at their advantages over iron sights and holographic sights, and why they belong on your pistol.

What Is a Red Dot Sight?

As the name suggests, a red dot sight is a battery-operated weapon optic that has a single red (or green) dot as its reticle. It allows for rapid target acquisition in close-quarter battle (CQB) environments.

Users tend to shoot much faster with red dots than with iron sights because the single dot draws focus to the target and still keeps the surrounding area in view.

Benefits of a Red Dot Sight

These are some of the benefits of using red dot sights over conventional irons and holographic sights. These traits make red dots a must-have on your pistol.

1. Work With Your Eye’s Focus

The human eye was once used for hunting and detecting predators. It was designed to focus on targets quickly, which allowed our ancestors to react quickly on the prowl.

While we no longer have any predators, our eyes still focus on targets, which is what red dots assist with. They focus on the dot, which quickly brings your eye to your target.

This target-oriented form of aiming cuts out the 4 points of focus needed on iron sights (your eye, rear sight, front sight, target) and helps you focus on what’s important: your target.

The LED-illuminated reticle dot usually comes in both red and green with varying brightness levels, allowing you to see your reticle clearly in the dark, making it perfect for low-light conditions.

In fact, it becomes easier to see in the dark, making red dots one of the ideal optics to have when going in blind. This makes it extremely useful in tactical situations.

Red dots work best for situations that change rapidly every few meters. You get a clear view of your sight picture while your eye goes straight to your target.

The main benefit touted by red dot manufacturers like Aimpoint and Holosun is that it’s much easier to see your target because there are minimal obstructions in your sight picture.

You simply need to place your dot on your target and fire. There’s no need to align your crosshairs, shift your eye focus to a front post, or place your target inside a ring.

This intuitive design makes it an excellent choice for newer shooters quickly looking to become more accurate. Like a camera, you simply have to point your dot and shoot.

4. Smaller and Cheaper than Holographic Sights

The great thing about having such a small reticle is that the device can be as small as possible, making it lightweight and easy to mount on your pistol.

Because of their size, holographic sights need a separate mount assembly with Picatinny rails to fit on a pistol, which means they can only work in competition settings.

Meanwhile, red dot sights can be a few centimeters in height, width, and length. They can easily be screwed on top of your front sight and fit comfortably in a concealed-carry holster.

Our eyes betray us as we age. We lose the ability to draw focus on our target, which makes iron sights near–impossible to use. Fortunately, red dots naturally draw focus to the center of your sight.

Red dot sights are the ultimate helping hand. There is no parallax and no need for deep eye relief. They’re simple, intuitive, and allow you to shoot like you used to.

Red dot sights outclass holographic and reflex sights when it comes to battery life because they only need to illuminate a single dot instead of the detailed EOTech reticle.

They also use power-saving LED lights. This means that you can keep your red dot running continuously for up to 5 years straight compared to holographic sights.

It also helps that there is a wider price range for red dots, allowing you to get what you pay for or find a cheap red dot that will serve you until you replace it.

Competitive 3-Gun and Pistol shooters rely on speed, accuracy, and the ability to hit multiple targets to succeed. Red dot sights allow them to sight their targets, engage, and move on rapidly.

Any soldier, law-enforcement agent, competitive shooter, and home defense shooter can screw on a red dot and grasp how to use it effectively in minutes.

Red dots extend the lifespans of elderly shooters by allowing them to hit targets they couldn’t hit with iron sights. They allow you to move from one target to the next, and they draw your focus.

These traits allow red dot users to seize the initiative, and stay aggressive and competitive. Red dot sights allow shooters to stay active and still be able to hit their targets.

The use of red dot sights will come down to personal preference. That being said, red dots allow users to spot their targets quickly and efficiently.

They’re light enough to mount directly on top of your rear iron sights. Red dot sights are reliable, work with your eyes, and allow you to become the best shooter you can be.

How Much Does a Fence Cost for a House?

How To Ensure Your House Plants Are Healthy

5 Home Appliances You Must Own For An Easy Living

Planning to Purchase a Pressure Washer? Here are Some Buying Tips