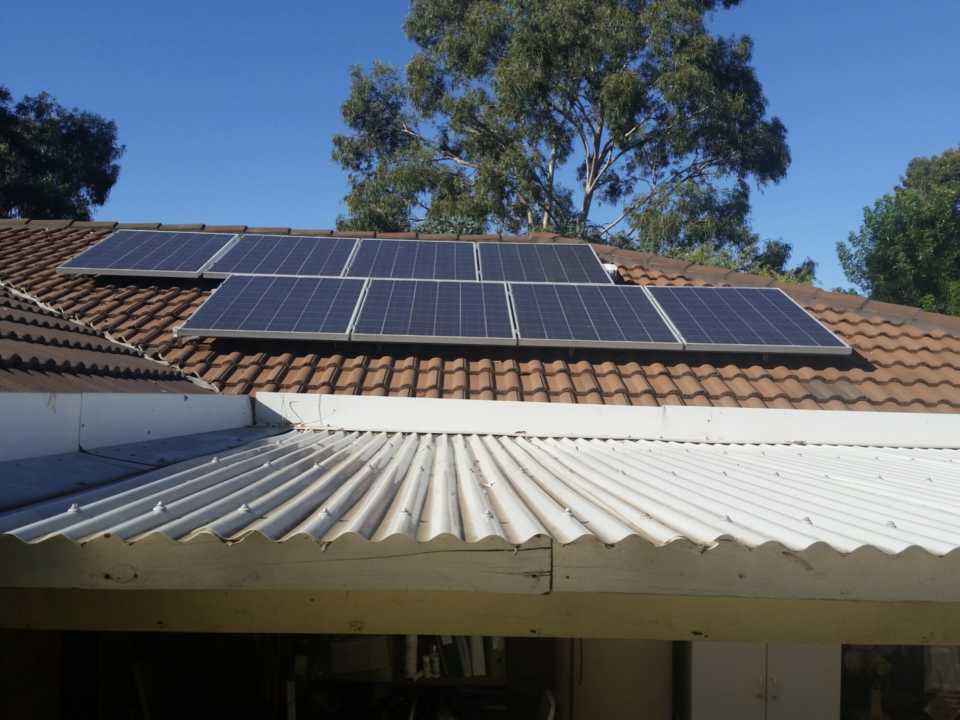 Save the planet, provide jobs, and cut down on your electricity bill?

By the year 2035, it’s believed that solar energy will provide 40% of the nation’s electricity while also creating over a million jobs! Solar is also decarbonizing our planet as a renewable energy source.

If you’re excited about solar but confused about how it works, this article is for you. We’ll go over everything behind solar energy.

What exactly are solar cells, and how do you set up a solar array? Read on to learn all about going green.

Electrons get to have all the fun. When thinking about anything that has to do with electricity, you’re really talking about electrons. If you’re serious about going green, it’ll help to understand these tiny power balls.

If you’re one of those, who tried to sleep through chemistry class, no worries. We’re happy to refresh! Electrons are negatively charged particles that orbit atomic nuclei at superfast speeds.

It’s the electrons that hold everything together. All molecules are just collections of atoms eager to start sharing their electrons.

Big deal, what does all of this have to do with solar energy? Let’s get to that!

When electrons are busy holding things together, they usually make electricity. When you plug in your vacuum cleaner or turn on your TV, or start your blender, all you’re really doing is opening up a floodgate.

The floodgate allows a flow of electrons to move. As the electrons move, they encounter obstacles that engineers put in their path. Without barriers to inhibit electrons, the electricity flow would be too intense.

Obstacles include induction coils, heating elements, or electric motors. If electrons want to get from point A to point B, they’re going to have to do a bit of work along the way. Otherwise, we’ll just have too much fun!

What About Volts and Watts and Amps?

Now that you’re a little more familiar with how electrons work let’s talk about volts, amps, and. Electricity is really just the flow of electrons through a conductor. The electrons go from one place to another. There’s a ton of them.

The voltage is simply a measure of the full electrical potential. Oftentimes voltage is also referred to as electromotive force.

For instance, at 30,000 V, the electrons are going to be highly agitated. They’re going to want to complete the circuit and start on their path down the wire as soon as possible.

Amperage, or amps, on the other hand, is a measure of the total amount of electricity that goes through a given point at a specific amount of time. You could think of an image as the flow of electricity or the rate of the flow.

Finally, wattage is the measure of the electrical power that the circuit provides. A watt is the amount of work that takes place when 1 amp at 1 V flows through 1 ohm of resistance.

But you don’t really have to worry about ohms to understand solar systems. Simply remember that volts time amps equal watts.

If you had an appliance that draws 5 amps of power and you plug it into a 120 V wall outlet, what would that equation look like? Multiplying the 5 amps of power by the 120 outlet volts you get 600 watts of power.

Thankfully, paying for solar installing means not having to calculate the wattage or amps, or anything at all. Before panel installation, these are the type of number crunching solar contractors perform. It helps them design, layout, and install the system.

If all of this is new to you, it can be easy to get confused about the relationship between volts, watts, and amps. However, fully understanding how they impact each other will help you make the best decision to pick a solar system. To make things clear, it helps if you use a quick analogy.

Imagine that you have 2 tanks of water. One is 20 ft overhead. The other tank of water is twice as high!

Both tanks have hoses of equal diameter, and the hoses are attached to outlets. When you open the nozzles on both of the hoses,  you’ll notice a difference.

The water in the 40 ft tank has more kinetic potential. It has more power than the 20 ft tank.

What exactly is an alternating current, and what makes it different from a direct current? Again, you have to go back to the mental picture of electrons.

The electrons are what’s creating the current. The direct current is a steady stream of happy little electrons traveling from the conductor to another location.

DC is the only type of electricity that you can store inside a battery. AC, on the other hand, is more complex.

If you want to know what an AC current looks like, look at a picture of a sine wave. The wave undulates from a positive peak all the way to a negative trough and then up back again. It’s an electric current that’s able to reverse the direction of its flow several times.

Suppose you wind up living in a house that’s powered partially or fully by a solar system. In that case, you’ll be using both DC and AC.

A lot of the money that you’ll wind up spending will be for the inverter to help with the different currents. An intricate component can convert the DC from your solar system into the AC that your house needs. It’s fascinating.

If your solar system also includes batteries, the inverters are going to be right between the batteries and the sub-panel for the AC. The AC sub-panel is what’s going to be used to power your home’s critical systems.

If your system doesn’t use batteries, the solar array connects to the inverter directly. Whether you have batteries or not, you’ll still need to use both types of currents. AC and DC are a must.

The solar cells are going to produce the volt of electrical potential. The cells connect to a series.

The cells strategically connect to achieve the perfect amount of voltage. It’s normal for solar cells to produce anywhere from 16 to 34 volts depending on your setup.

But exactly how do these solar cells convert sunlight into energy electricity? Let us indulge you! It all has to do with the power of silicon.

The Powers of Silicon

Silicon is a semiconductor for electricity. It is capable of letting an electrical current pass through it.

However, unlike materials like aluminum or copper, silicon doesn’t do a lot of work to facilitate the flow of energy. This almost standoffish attitude makes silicon so perfect for creating solar cells.

The chemical structure of silicon includes 14 positively charged protons. Silicon also has 14 negatively charged electrons. You would think that this would create the perfect balance.

Silicon wants to get these electrons. It could try snatching up the electrons, but then it wouldn’t have any protons to keep them where it needs them. Eventually, the stolen electrons would escape.

Since silicon is such an incredible material, it knows how to devise an effective plan. It’ll borrow the 4 extra electrons it wants from other silicon atoms. This allows silicon to transform and create a crystal network.

You could think of it as a crystal lattice. In this crystal lattice, every single atom of silicon can attach to 4 other silicon atoms. Then something amazing happens.

The network of silicon begins to share all of its electrons. In other words, every single silicon atom has the 4 additional electrons that it wanted in the first place.

There isn’t any net charge. The protons balance out the electrons. It’s the perfect setup.

We painted a picture that silicon creates the perfect setup for sharing electrons. But will this happy silicon be useful if we need to perform work?

Won’t we need to stir things up a bit to create energy? Absolutely. That’s why engineers add impurities to the solar cells.

When you introduce phosphorus to the silicon crystal network, it is called silicon doping. The 5th electron is going to be furiously looking for a place that can fit in.

When there’s an unhappy electron, it’s good news for productivity. However, you can’t stop there. To give the electron a purpose, you have to add in another impurity like boron.

A boron-doped silicon crystal lattice will have significant empty spaces. Locations that electrons could fit in but aren’t.

The empty spaces or holes are going to want their own electrons. Do you see where this is going? Now you have phosphorus-doped silicon and extra negative electrons.

When you add a positive hole to the mix, you start to get close to having an efficient electronic device! The electrons will be on the move, and things will start happening!

However, to finish the solar cell, engineers have to carefully crisscross the surfaces of different types of silicon. The goal is to connect the surfaces with electrically conducting channels.

Overall you want a clear path for the electrons to travel. That’s where the magical ingredient comes into play, super-bright sunlight!

If you’re using a grid-tie system, you won’t need any batteries to function. However, not having batteries can be a disadvantage.

If you want to have instant emergency backup power available, you’ll need some type of battery bank. A battery bank will also help when it comes time to use excess solar energy when the normal utility power fails.

The solution? There really isn’t any. It’s all going to come down to making a decision about what’s best for your home.

Both direct grid-tie systems and systems with batteries have their own pros and cons. Keep in mind that a battery base system probably won’t have the power to back up your entire house. Instead, you’ll be able to power a few things like your fridge, a few bites, and perhaps your furnace.

Understanding the Science of Solar

You just learned all about going green with solar! It’s clear to see, but there’s a lot of technology and science that goes into creating successful solar systems. If you think that your home could benefit from a solar setup, call a team of solar contractors today.

Ask for a quote for panel installation and find out if your home will be able to generate enough electricity. It never hurts to ask!

Are you ready to learn more fun and exciting insights? We’re here to help! Take a look around the rest of our website for the more fact-filled posts.

Steps You Need To Follow To Maintain A Clean Pool

What Will Happen With Mutual Property And Assets After Divorce? Here’s What To Know

How Long Do Solar Panels Last? The Complete Guide

7 Ways to Use Dried Flowers in Your Home

Saving With Solar: A Guide