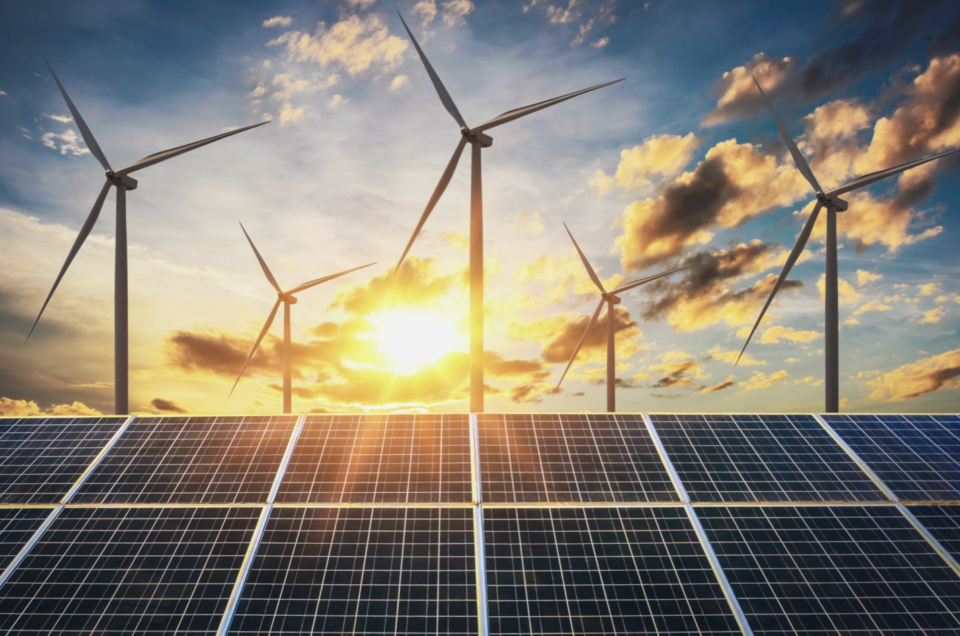 Home » Is Solar Energy Renewable or Nonrenewable: How It Works

Did you know that sunlight striking the earth’s surface in one hour and a half is equivalent to a year’s worth of the entire world’s energy consumption?

The amount of energy coming from the sun is beyond comprehension. But despite the sun’s unfailing demonstration of power, some still have doubts about solar energy.

One question that pops up occasionally is, “is solar energy renewable or nonrenewable?”

The simple answer is, yes, solar is renewable energy. The brilliant scientists at NASA expect our sun to last for another 4.5 billion years. It seems clear that solar is a virtually unlimited energy source.

But why are there questions about solar and, in particular, the solar power industry? Let’s look into what makes solar energy renewable and why some doubt if it’s truly a renewable energy source.

The Definition of Renewable Energy

Renewable energy is any energy source that replenishes quickly, naturally, and consistently.

Some definitions add a caveat of being on a human timescale to distinguish it from fossil fuels, which, in a sense, could be considered renewable. Coal and oil do replenish themselves but only after hundreds of thousands of years. Fossil fuels won’t have enough time to regenerate their limited amounts at the rate that humans use them today.

What are the different types of renewable energy? The five major types are geothermal, wind, biomass, hydropower, and, of course, solar.

You can see why these energy sources are renewable. Every day, the wind blows, rivers flow, plants grow, the sun shines, and the earth will always have internal heat as long as it’s alive.

Is Solar Energy Renewable or Nonrenewable?

Based on the definition of renewable energy, solar power checks all the boxes. You can count on the sun to show its face every morning of every day for billions of years.

Will the sun continue to bathe us in its warm shine forever? No, because it’s only going to be around for 4.5 billion years. But that’s more than enough because a study suggests that the earth can only sustain life for about 1.75 to 3.25 billion years, barring a major catastrophe.

The Concern About Solar Energy

One of the solar energy myths is that photovoltaic (PV) panels are actually bad for the environment. Some say that the manufacturing and disposal of used-up panels are hurting the planet more than they help. It must be why there are questions if solar energy is really “renewable.”

While there’s some truth to this criticism, it’s a bit overblown.

Studies have shown that the impact of manufacturing gets canceled out in a few months of using solar energy from PV panels. Panels last for 25 years and more, after which they can be recycled and the components repurposed.

Researchers are also working hard to lessen the impact of the manufacturing process. They’re investigating ways to avoid the creation of harmful by-products during production. One example is avoiding the generation of silicon tetrachloride, which causes soil acidification.

As an eco-conscious homeowner, you can guilt-free check out solar providers near you for installation.

Is solar energy renewable or nonrenewable? Solar power is, without question, a clean and renewable energy source. We hope that this post has dispelled all doubts you have about solar energy and convinced you that solar is the way to go.

Please feel free to browse our site for more articles about the eco-friendly lifestyle.

Beauty Treatments That Will Make You Feel Revived

Why Use Solar Panels? A Look at the Benefits

Floor of diminishing returns? How to free up more space in your home