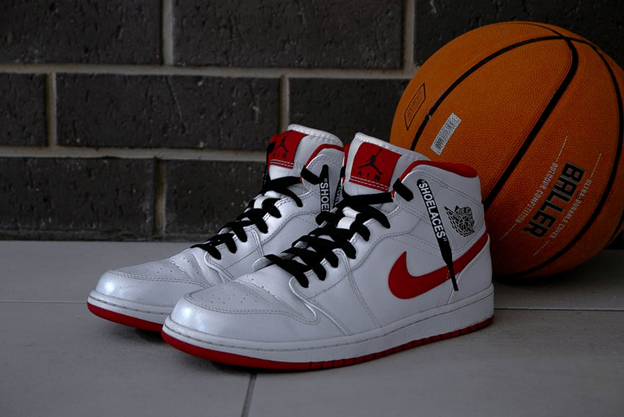 There’s a reason why the Nike brand brings in roughly $23 billion every year. These days few athletic brands are more iconic than this industry giant. However, it wasn’t always this way. The truth is that Nike owes a great deal of its success to athletes like Michael Jordan.

Jordan, and his line of shoes, are notorious for putting Nike on the map. Without him, the company wouldn’t be the shoe-selling behemoth that it is today. However, there’s still a lot that the average person doesn’t know about the relationship between Micahel Jordan and Nike.

One of the most common questions is, Does Nike own the Air Jordan brand? Or, does it belong to the professional athlete? If you want to learn the answer to these questions, and more, then you’re in the right place. In this article, we’ll break down everything you need to know about Air Jordans. Let’s get started!

Is Air Jordan Owned by Nike?

Many people think that because Air Jordans are named after Michael Jordan that he owns the brand. However, this isn’t true. Nike Inc. owns the Air Jordan brand.

As such, the company is responsible for all aspects of the shoes’ design, production, and selling phases. So, what role does Michael Jordan play? He’s a sponsor, so he helps with marketing the shoes through commercials, as well as mentioning them during press conferences and sporting events.

It’s important to note that for every Air Jordan sale the pro athlete gets paid a certain percentage of the cost. Air Jordans proved so popular to the Nike name, that the company began to care out an entirely new market just for the shoes.

These days, Michael Jordan sits on the advisory board for Air Jordan. As such, he can make his voice heard by the higher-ups. However, at the end of the day, he doesn’t own the rights to the shoes that he helps sell.

How Did Nike Start Working With Michael Jordan?

It’s interesting to note that Michael Jordan initially didn’t want to work with Nike. The athlete believed the company was too small. Instead, he wanted a contract with one of the other major sneaker companies, like Adidas, Converse, or Sports Built.

However, when the contracts weren’t favorable enough Jordan’s agent decided to take a meeting with Nike. During this time Nike drew up some preliminary designs for the Air Jordans. However, Jordan was still hesitant.

He preferred low-cut basketball sneakers, like those offered by Adidas, instead of the high-cut ones that Nike was known for. However, Nike was willing to work with Jordan to make sure that the shoes were as comfortable as possible.

Not only that, but they offered him a deal that was unheard of at the time. The deal included $500,000 each year for five years. On top of that, they also offered him seven million dollars worth of stock options with the company.

At the end of the day, Adidas couldn’t compete with this deal. As such, Air Jordans were born.

Problems initially arose when Michael Jordan tried to wear the new Air Jordans during a game. The NBA commissioner at the time said that the shoes had to match the team uniforms. Despite this fact, Michael Jordan wore them anyway.

In the end, he ended up getting fined $5,000. In addition to this, shoes became prohibited for use in the NBA. However, believe it or not, this worked in the companies favor. The marketing experts at Nike sold the shoe as a revolutionary one that was too good for the NBA.

Many individuals began to believe that shoes were the secret formula to success at basketball. This, along with the association with the best athlete in the world, caused sales to skyrocket.

These days, we associate Air Jordans with the iconic silhouette of him scoring at the 1984 Olympics. However, this wasn’t always the official logo for the Air Jordans.

The original Air Jordans 1 and 2 didn’t feature the logo. Instead, they came with a wings logo that can be found on the originals and retro versions of the shoes.

It wasn’t until the Air Jordans 3 that the now-iconic logo came into use. This logo became known as the Jumpman. And, since the original version, this logo has remained completely unchanged.

Where Can You Purchase Air Jordans Today?

These days, you can find Air Jordans almost everywhere. A variety of third-party retailers keep them in stock. Since many of the shoes are limited edition collector items, there are also many private sales through sites like eBay.

If you want to purchase the latest Air Jordans, then you can visit Nike’s website. Just keep in mind that you will likely pay a lot more for them if you go directly through the company.

The good news is that there are a variety of online sellers that can offer you the shoes at a discount. If you need a suggestion, then we recommend KicksCrew. Not only do they provide a wide variety of Air Jordans, but they also list them at a much more affordable price.

We hope this article helped you answer the question, Is Air Jordan owned by Nike? As you can see, the shoe company does own the brand.

However, Michale Jordan has still made a lot of their partnership and continues to be an important voice on the company’s advisory board. As such, we can expect the popularity of Air Jordans to continue for years to come.

Did you enjoy this article? If the answer is yes, then you’re in the right place. Keep exploring to find more topics that you’re sure to love.

7 Amazing Tips To Help You Learn How To Accessorize

5 Professional Resources for Every Entrepreneur

Straight forward Steps That Can Improve Your Life

Party Planning Checklist: Tips To Help You Host Event of The Year

6 Online Fragrance Shopping Mistakes and How to Avoid Them