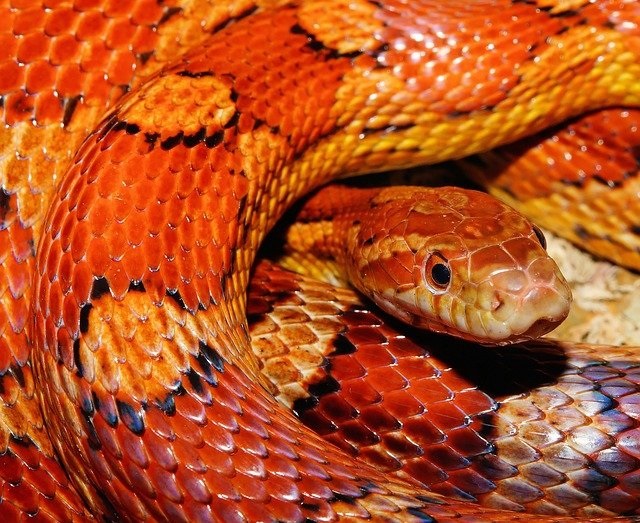 Home » How Can You Tell If A Snake Is Venomous Or Not? Find Out Here

Snakes are one of the most misunderstood animals in history. For centuries, people believed that they were poisonous and deadly to humans. But this is not true. Only about 25% of snakes on earth are venomous. This means that there are plenty of snakes out there that people can encounter without having to worry about getting bitten.

Either way, poisonous or not, it is our job to make sure not to rattle it in the wild, or any animal for that matter, because once they are scared they can lash out. Sometimes you are not able to avoid an encounter, and being able to determine whether the snake is venomous or not can save someone’s life.

There are a few very good books and online resources in which one can learn the identifying features, habitat, geographical range, and toxicity of the dangerous snakes in any part of the world. There are many types of snakes in New Mexico, for example, and knowing which ones are venomous is important for hikers or campers who might be out in the wilderness. Some of the snakes found in this state include the bullsnake, coachwhip, garter snake, green rattlesnake, and western diamondback rattlesnake.

Another distinguishing feature between the two types of snakes is the ratio of body size to head size. Venomous snakes have large heads that can cause serious harm, while nonvenomous ones don’t. If someone is unsure whether or not he or she has come across a venomous snake, it’s best just to leave it alone and let it be.

How to avoid an encounter with a snake

There are a few things that people can do to avoid running into snakes, whether they are venomous or not. First of all, be aware of your surroundings. If you are going for a walk in the woods, be on the lookout for snakes sunning themselves on the trail.

If you see a snake, back away slowly and do not make any sudden movements. It is also a good idea to keep your pets on a leash when you are out walking, so they don’t run off into the brush after a snake. Like any other wild animal, these beings can get frightened and easily agitated so be careful with your moves and try to force contact with it.

If you do come across one, what should you do?

Even with low chances people still can get bitten by a snake, it is important to know whether or not it was venomous. Many people die every year from snakebites because they don’t know what kind of snake bit them. If you can identify the snake, then you can get help accordingly.

If you are not able to identify the snake, it is best to go to the hospital right away. Even if you are not sure whether or not the snake was venomous, it is better to be safe than sorry.

First-aid for a snake bite

Before you leave the hospital, be sure to tell the doctor which kind of snake bit you. A person must seek medical attention immediately after being bitten by a snake because if a venomous snake bites someone, there is a good chance that he or she will need excessive amounts of anti-venom for the toxin to leave the body.

But if it is determined that the snakebite was caused by a nonvenomous one, then you can follow basic first-aid procedures. The most important thing is to keep the bite below the heart level. The next priority should be getting rid of any poison from around the wound by rinsing it with lots of clean water. Then, bind a bandage tightly over the wound and keep it elevated to reduce swelling. Finally, seek medical help as soon as possible.

Never try to scare a snake

One of the most important things to remember is never to try and scare a snake. Even if you think it is a nonvenomous one, snakes can still bite, and it is best just to leave them alone. Just like with any wild animal, it is best to keep your distance and let them be.

A startled animal is more likely to strike out, and since snakes are both territorial and instinctual creatures, they will strike if they feel that their territory is being invaded. If you want to avoid getting bit by a snake, just leave them alone.

There are many different types of snakes found all over the world, and while most of them are non-venomous, there are a few that can inflict a deadly bite. It is important to know how to identify a venomous snake so that if you are unfortunate enough to be bitten by one, you will know what to do.

Planning An Important Event? Here Are Some Useful Tips

Important Factors To Consider Before Installing Solar Panels To Your Roof

6 Tips for Better Caring for Your Dog

How to Get Rid of a Grasshopper Infestation

Which qualities highlight the competence level of a pest control agency in Australia?