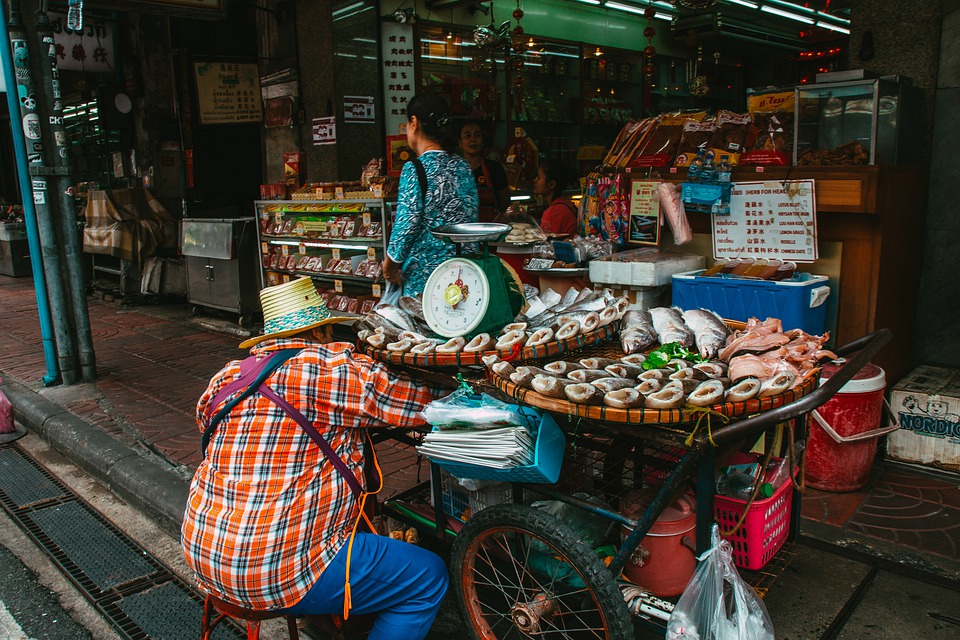 Home » 7 Types Of Food That You Didn’t Know Existed

You may think that you know everything there is to know about food, but the truth is that there are some foods out there that are so strange they’ll make your head spin.  And although these dishes might be unfamiliar to most people, some of them have been around for centuries. So what kind of weird and wonderful creations exist? Read on to find out!

Mad honey is a hallucinogenic concoction made from the nectar of the flower Rhododendron Ponticum, which is found in Turkey, Iran, and the Transcaucasia region. It’s believed that mad honey was first discovered by tribespeople a long time ago. Mad honey was used by these people as anesthesia and for healing purposes. Mad honey is known as “mad” because it contains grayanotoxin, which affects the nervous system of anyone who eats it. Effects include dizziness, euphoric sensation, and numbness. This type of honey isn’t actually considered poisonous, however, in fact, it’s used in some parts of the world to this day as a folk remedy to treat pain and various ailments. It is also believed that mad honey has aphrodisiac-like properties and was even said to prolong life. You should Buy mad Honey if you want to try it out for yourself, but be careful because it can be dangerous if you eat too much. Do your research and buy from a reputable source to make sure that you’re getting the real deal.

Century egg, also known as pidan, is an ancient Chinese dish that’s made by preserving raw duck eggs in a mixture of clay, ash, salt, lime, and rice hulls for several weeks or even months. The resulting egg has partially solidified whites and yellows with an elastic yolk membrane. The flavor of the century egg is typically pungent and deeply salty. This type of egg is popular in China, Hong Kong, Macau, Taiwan, Vietnam, and the Philippines. People eat it because it is believed to be rich in protein and vitamins. Eating century eggs has also been linked with improving liver function, relieving arthritis, and serving as an aphrodisiac because of its high concentration of calcium.

Durian is a pungent fruit from the tropics that’s shaped like a large pinecone, measuring about 10-25 cm long and weighing between 1.5 to 9 lbs. The name durian comes from the Malay word for thorns, duri. This fruit has a very strong odor that some people say smells like raw sewage or rotting onions. However,  others find the smell to be quite pleasant. The taste of the durian is also unique and can be described as sweet, sour, and savory. Durian is a popular fruit in Southeast Asia and is eaten both fresh and cooked. It is used for dealing with digestive issues, maintaining blood sugar and blood pressure levels, and preventing cardiovascular diseases. Durian is a good source of dietary fiber, vitamin C, and potassium.

Bird’s nest soup is a delicacy popular in East Asia made from the saliva of swiftlets. The nests are collected from the ceilings of caves. They are then cleaned and dried before being sold as a soup ingredient. Bird’s Nest Soup is considered a high-end cuisine and is believed to be beneficial to the health of those who eat it. It is said to improve complexion, promote healthy hair growth, boost energy levels, and help with respiratory problems. Bird’s nest soup is also a common ingredient in some fine cuisines due to its unique, jelly-like consistency and sweet taste.

Fugu is a Japanese food made from pufferfish that contains lethal levels of the poison tetrodotoxin. In Japan, fugu chefs are very highly trained because improper preparation of the fish can result in death. Also, it is regulated by law that only licensed chefs are allowed to prepare fugu. Fugu is considered a delicacy in Japan and can be found in restaurants throughout the country. The most delicious part of the fish is the liver, but it is also the most poisonous, which is why in 1984. the Japanese government made it illegal to sell the liver of the fugu fish. Fugu is a good source of protein and omega-3 fatty acids. Visit here for more best Japanese snacks that are POPULAR, CUTE & WEIRD SNACKS.

Casu marzu, which literally means “rotten cheese,” is a Sardinian cheese that is purposely left to rot. The cheese is made from Pecorino Sardo, a sheep milk cheese, and is infested with cheese fly larvae. The larvae eat the cheese, breaking down the lactose into lactic acid. This process makes the cheese soft and gives it a sour taste. Casu marzu is considered a delicacy in Sardinia and can be found in some specialty food stores. The danger of eating this cheese, besides the larvae, is that the acid from the rotting cheese can make it difficult to chew. In fact, some people refer to it as liquid razor blades or maggoty mashed potatoes because of its consistency and texture. However, this cheese is said to improve digestion, boost the immune system, and help with respiratory problems.

Balut is a Southeast Asian dish that consists of an embryo inside a fertilized duck egg. The egg is boiled and eaten in the shell. Before preparing, the egg is usually incubated for a period of 2-3 weeks. Balut that has been nurtured for a longer amount of time has a well-developed embryo and recognized duckling traits. The embryo bones, which are still partially developed, are soft enough to chew and swallow whole. Balut is commonly associated with street food stalls in the Philippines, but it can also be found in some fine dining restaurants. Balut is believed to make people stronger, especially soldiers who need to be in excellent physical condition. It is also said to be an aphrodisiac. Balut is a good source of protein, calcium, and phosphorus.

The world of food is rich and diverse. You might think that you know everything there is to know about the different types of cuisine, but take a look at what’s out there! We’re sure that by now your head has been spinning with strange dishes from around the globe. And though some may seem bizarre or even dangerous, these foods have actually been enjoyed for centuries in their native countries. So, will you give them a try?

The Different Types Of Diets And Their Benefits

Reasons Why You Need to Have a Family Dentist

This Chicken Pesto And Zucchini “Pasta” Makes The Perfect Dinner

Stay Healthy By Eating According To Your Blood Type