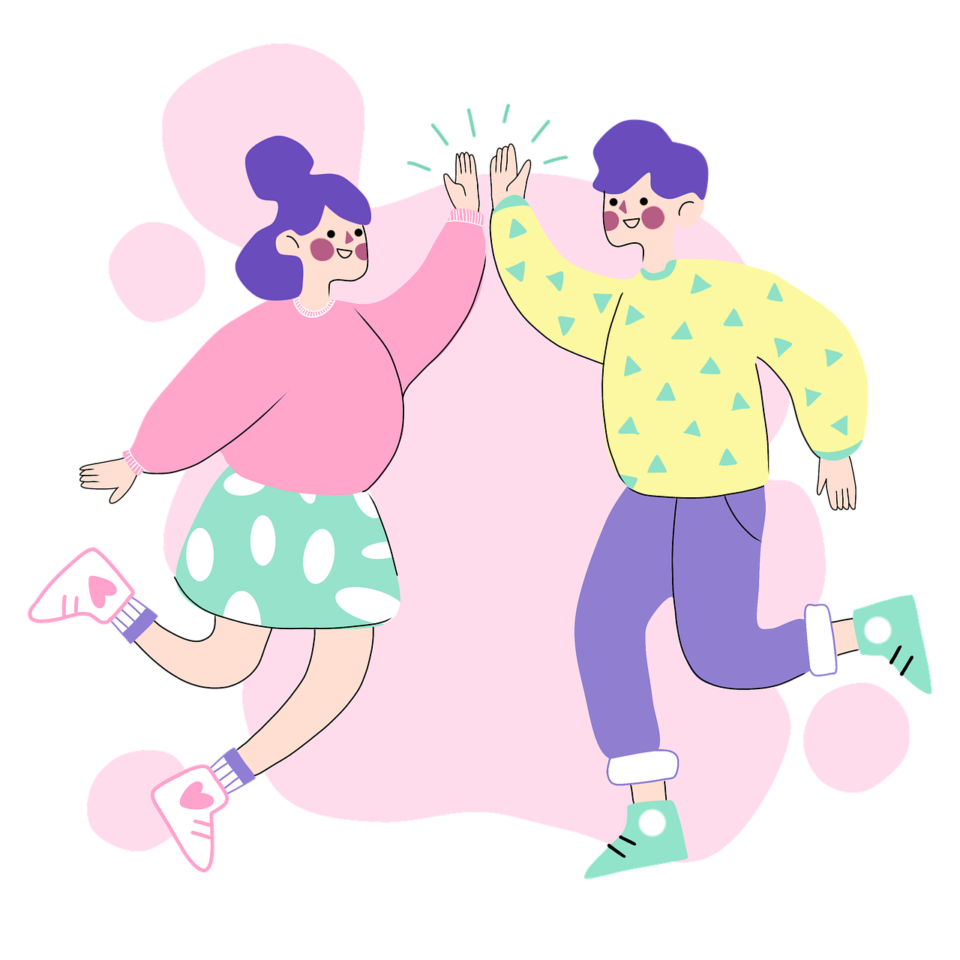 Home » Where Does The High Five Come From?

The high five is a universal greeting between two people, a triumphant motion, and a visual representation of celebration. Over the past few decades, the high five has also gained lots of recognition for its repeated use during sporting wins.

You may not believe this, but there is an entire science behind the interactive gesture that allows both parties involved to meet their open palms in unison.

But where exactly does the high five come from? And who created it?

There are a few different answers to these questions, with many people laying claim to the invention of the high five. We’ve summed it all up for you in this article.

What Is A High Five?

A high five is a gesture that occurs when two people raise one open palm each, around head height, and then push, slap, or slide the flat of their hand against the other person’s palm.

The meaning of a high five varies depending on the context it is used but is typically included as part of a celebration, greeting, or congratulations to another person.

The high five is an American-originated invention that was initially performed by athletes in their quest to congratulate one another. However, there is some dispute about who truly invented the gesture.

So, Where Does The High Five Come From?

You may now be wondering: when was the high five invented?

There are lots of stories surrounding the origin of the high five. Many people, including Magic Johnson, claim to have invented the high five themselves across the past several decades.

Some people say it came from American GI’s during World War II in Tokyo, Japan, whereas others say it started in women’s volleyball in the 1960s. The gesture is also featured in Breathless, a 1960s French movie.

Many actions have their origins deep in history, so we can confidently say that the exact origin of the high five cannot be determined.

However, it’s widely accepted that the first official public high five on record occurred at a baseball game on October 2, 1977.

There are many different origin stories to the high five gesture. The most widely known and accepted story refers to the 1977 baseball game between the Houston Astros and the Los Angeles Dodgers.

This game was the last one of the season, so spirits were already high and excitement levels were up. But it was just after Dusty Baker, the outfielder for the Dodgers, had just hit a home run (his 30th in the season) that changed the game—literally and metaphorically.

This achievement meant that the Dodgers became the first team in Major League history to have four different players hit 30 home runs.

Because of the magnitude of the situation, Baker’s teammate Glenn Burke was waiting for him on deck. And as soon as Baker made it to home plate, Burke lifted his hands into the air in triumph.

The legend says that Baker didn’t know what to do with, or how to approach Burke’s raised hand, and in a split-second decision, chose to slap it. Thus began the tale of the first televised high five!

Slapping hands as a form of handshake dates way back to at least the 1920s, but there was something special about the way Baker and Burke slapped hands that became an immediate attention grabber.

What Made This Action So Special?

Their high five was full of energy thanks to the general heat of the moment and the excitement of the situation. From this point forward the Dodgers adopted the high five action as a representation of their team pride.

It was used many times throughout the next couple of seasons, delighting fans of the team and the media.

How To High Five

All you need to do is focus on the elbow of the other person rather than their hand. Yes, this advice may seem a little out of place, but it works!

If you aim for the other person’s elbow instead of the palm, you’ll always hit the palm head-on.

Over the last couple of decades, there have been many recorded statements claiming to have invented the concept of the high five. But it’s Dusty Baker and Glenn Burke’s on-camera greeting that has people talking. Even now, forty years after Burke helped to invent the action, his initial gesture stands as the universal symbol for celebration.

How to Find the Best Attorney For Your Case

4 of the Many Benefits of Shopping on eBay